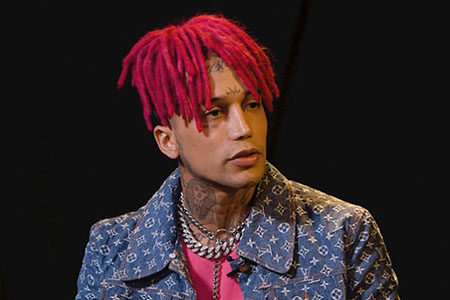 Kid Buu is a famous rapper and a social media personality but in addition to being famous for his rapping talents, he is also known for his relationship with another celeb Blac Chyna. His songs include Double Up, Death 2 Soundcloud, and Dead Roses for which he gathered a lot of fame. He was accused of manipulating his ex-girlfriend and made headlines in January 2019 after he and Blac Chyna fought violently on a vacation trip.

Kid Buu was born Markquez Lao Santiago on April 11, 1988, in Toronto, Canada. He belongs to the Aries Zodiac group and shows traits of this sign like intelligence, energy, independence, and impatience. He chooses to keep his parents’ name a secret. 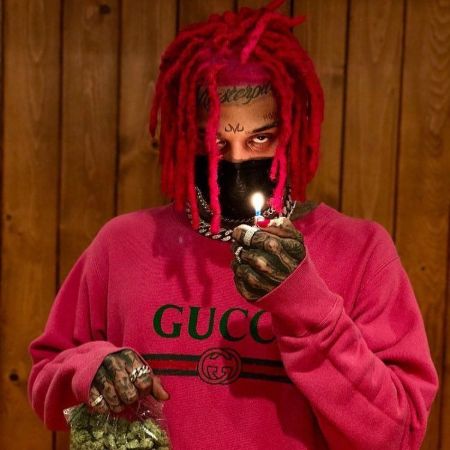 CAPTION: Kid's photo holding a lighter and a bag of weed. SOURCE: Pinterest

He belongs to Mixed ethnicity and holds American as well as Canadian nationality. He likes to remain secretive about his educational details.

Buu started his career by releasing a song called Greener Days, from where he became one of the most instantly recognizable rappers with hits like Frozen Soul and On Me. For his first ever music video he worked in collaboration with Oohdem Beatz on an album called Blind For Love. He constantly tours as well as uploads new songs on SoundCloud.

The video below is a reaction-type video on Youtube about the interview of Kid when he said that he was a clone.

Adding to his career as a rap artist he is an avid social media personality. More than 502k people follow him and he has posted more than 49 times on Instagram as of January 2019.

From a stellar career in rap and a famous presence on Instagram, his net worth is $300 thousand as of January 2019. His decent net worth is a result of the star’s career as a musician and a rapper. His earnings are sure to reach millions in the near future as his popularity is growing steadily. As for his income, some websites report that he earns $1,000-$191,000 per year approximately.

According to some tabloid sources, he also earns from his account in SoundCloud where he has 93.4K followers. Advertisements and the number of plays contribute to the earnings from SoundCloud. Although his ex said that he was a faker who only claimed he earned from music but performed for free.

Kid Buu’s love life is a rocky one which is plagued constantly by different troubles and incidents. He is dating reality star, Blac Chyna. The couple made headlines in January 2019 when he went on a vacation with his girlfriend and it was ruined as Kid and Chyna got into a fight which quickly escalated and police, as well as paramedics, showed up.

The reason for the feud was the alleged affair of Kid, however, nothing has been proved yet. Blac Chyna was in a relationship with Rob Kardashian before she became Buu's girlfriend with whom she has a daughter Dream. They got engaged too but later broke it off.

In 2018, Kid was in an alleged relationship with Sarah Penman. She claimed that Kid was abusing and faked his age.