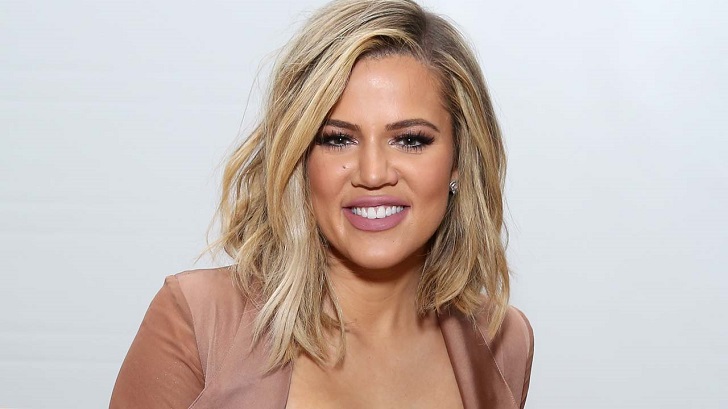 Keeping Up With The Kardashians star has given birth to her first child with Tristan Thompson. Kardashian welcomed a baby daughter on Thursday, 12th April 2018.

"Khloe Kardashian gave birth to the baby girl just early Thursday morning outside of Cleveland Ohio. Kim, Kris, Kourtney and Khloe's BFF Malika were all in the room while she delivers the baby and Tristan Thompson was in the room too. Khloe has an early contraction so Kris and family flew in Wednesday night in Cleveland to make sure they were by Khloe's side. It has been a rough few days for Khloe after video surfaced of Tristan cheating on her with multiple women in a club just outside Washington DC".

The new mom announced her pregnancy back in December with a photo on her Instagram with a caption:

"My greatest dream realized," the caption read. "We are having a baby!"

She was struggling with infertility for past few years. She further wrote:

"I had been waiting and wondering but God had a plan all along. He knew what He was doing, I simply had to trust in Him and be patient."

Her desire to start a family has finally come true but it looks like Triston will not be the part of that family. Earlier this week, he was found cheating on Khloe with several women including model Lani Blair.

Any of the Kardashians have not said anything about the cheating scandal. As of now, they are happy for Khloe and busy welcoming the newest member of the family.

It has been a big year in terms of babies for them.

Best wishes to all the new moms!!