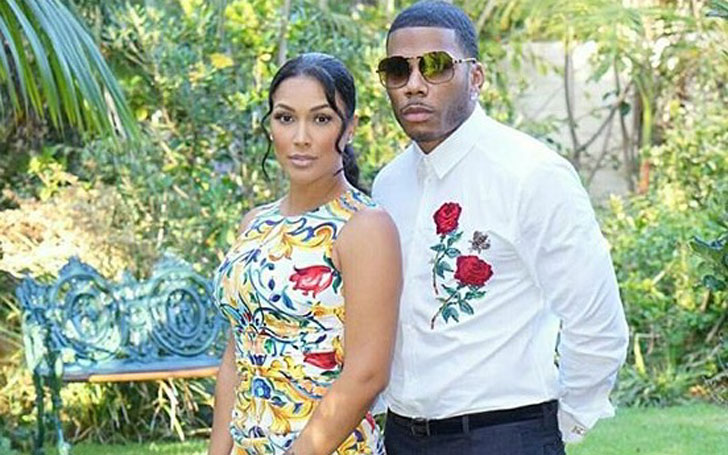 American comedian actor Kevin Hart is currently busy on filming his upcoming project Jumanji: Welcome to the Jungle alongside Karen Gillan, Dwayne Johnson, and other stars. Hart is also a writer and producer.

Hart and his wife Eniko Parrish are expecting their first baby together are celebrating their first wedding anniversary. The couple got married on 12 August 2016. We have some exclusive details here.

American actor and comedian Kevin Hart and his wife, Eniko Parrish, celebrated their first marriage anniversary on 12 August. The duo got married on 12 August 2016. The couple exchanged a cute message to each other through their social media.

Thirty- eight years old actor share a lovely picture of their wedding on his Instagram post on the occasion of their wedding mentioning Eniko Parrish as "unbelievable wife." He then thanked her:

Not only Hart but his pregnant wife, Parrish also a shared an another throwback picture of their wedding with a sweet message to her beloved husband. She writes:

"I'm Grateful to God  every day  for putting us together. When it's real, no love/bond can ever be faked nor broken. My partner in life, My other half that makes me whole, My SOULMATE.♥ Thank you for always keeping a smile on my face..  I love you more everyday . 8 years together..1 year married.. Forever to go!"

Just a month ago, the speculation of Hart cheating his wife with other woman sparked. The rumor started after a picture of Hart with another woman Miami Beach hotel was leaked in June.

However, Hart laughed at the rumor and shared a picture of himself and claiming he is faithful to his wife.

He left a message on the picture.

"At the end of the day, you just gotta laugh at the BS."

Hart and Parrish dated for over seven years and they got engaged on the 30th birthday  Parrish, 18  August 2014. The pair finally got married on 13 August 2016. The ceremony was held in Santa Barbara, California where all their family and friends appeared. Hart's daughter Heaven and son Hendrix escort him on the big day.

Expressing his happiness he said at that time:

"We're in some crazy places right now, but it's all worth it. You know why? Because this is the woman that I love. And I want my woman to have a perfect day. That's what any man should want."

Hart and Parrish announced that they are expecting their first child together in May 2017. On the occasion of mother's day, Hart took to Instagram to revealed the new of Parrish's pregnancy.

On his Instagram post on May 15, he shared a sweet selfie of himself with his wife and he captioned the picture:

"Celebrating Mother's Day with my beautiful wife. We are laughing at the fact that this time next year we will be celebrating her 1st actual Mother's Day. #Harts #Blessed"

The couple also revealed the sex of their unborn baby. They are going to welcome a baby boy in the family.

Parrish is also sharing a good relationship with Kevin’s two children. We can see the bonding between them on her Instagram posts which she frequently shares.