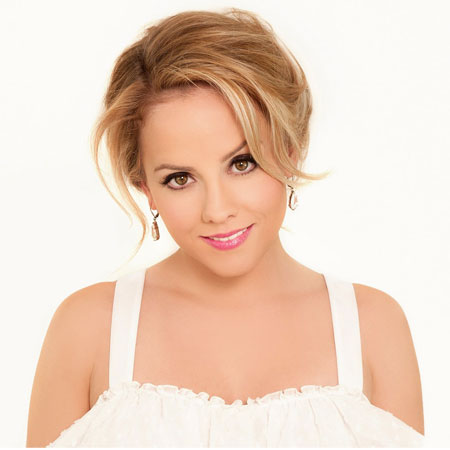 Kelly Stables is a popular Hollywood actress, is mostly known for both stage and film acting. She is best known for both stage and film acting, for her role as Melissa on Two and a Half Men, and as Eden Knocker on The Exes. She burst into Hollywood as a stunt person in Marvel’s superhero film Spider-Man (2002). The same year, she made her acting debut in a TV movie BS. The actress appeared in a TV film One Last Night alongside Rachele Schank, Luke Brandon Field, Ali, Cobrin, and other stars.

Stables has been married Kurt Patino since 2005 and has also two children.

Kelly Stables was born on 26th January 1978, in St. Louis, Missouri, the USA to Jill Cissell. She was raised in Missouri with her parents. She has one sibling; Tanya Childress. She belongs to White-American ethnicity and American nationality.

Kelly went to Lafayette High School in Missouri and earned her school graduation from this high school. She was also the high school cheerleader.

Later, Stables joined the University of Missouri with a major in communication with an emphasis on Television and Theatre Performance, where she earned her bachelor’s degree. During this time, Stables also became part of Delta Gamma.

Kelly Stables began her career as a stunt performer in the superhero film, Spider-Man starring Tobey Maguire. The role in a blockbuster movie earned him huge fame.

Stables appeared in movies like ‘The Grubbs, Spider-Man and The Ring and also played the role of Molly in the TV movie the same year. She also gained popularity for playing Wendy in the theater play peter pan.

Kelly attended the stage show, Television series as well as in several movies. She earned her more popularity after starring the role of Melissa in the Television series Two and A Half Men in 2008 where she appeared along with April Bowlby and Jennifer Taylor etc.

Stables appeared in the commercial named Burger King as women who sell the things and Infomercials. Kelly landed a regular role as Eden on the TV Land sitcom The Exes, in 2011. The series ended the fourth and final season of episodes in 2015. Stables attended the cast of The CW’s No Tomorrow as the cast member in 2016, and act as Mary Anne, the sister of the main character, Evie.

In 2017, Stables appeared in 4 TV series; Malibu Dan the Family Man, Speechless and Dragons: Race to the Edge. She has been playing the role of Kelly in the single-camera sitcom TV series Superstore since 2017. In 2019, the actress appeared in an American animated TV series Young Justice.

What Is Kelly Stables' Net Worth And Salary?

From her magnificent career, Kelly Stables has earned a decent amount of money. She has an estimated net worth of $3 million, in 2019, as per celebrity net worth. Kelly has earned such a huge amount of money from her career as an actress.

In 2002, Stables appeared as a stunt performer in the Marvel's superhero film Spider-Man, it collected $821.7 million at the Box Office. Her voiceover film Aliens vs. Predator: Requiem (2007) earned $128.9 million worldwide.

Stables' other box office hit movie is Cloudy with a Chance of Meatballs 2 which grossed over $274 million worldwide against its budget of $78 million. In the movie, the actress shared the screen along with Bill Hader, Anna Faris, James Caan, Will Forte, Andy Samberg, Benjamin Bratt, and others.

Kelly Stables is a married woman. She has been married to Kurt Patino since 2005. Her husband, Kurt  Patino, is a screenwriter, producer and also the manager of Patino Management Company. He currently works as a Talent Manager who represents actors.

Sources suggest that Stables and her then-boyfriend Patino started dating in 2003. The couple exchanged the vows on March 26, 2005. The couple is blessed with two children.

Stables gave birth to her first son Kendrick Kurt Patino on 7th September 2012’, and second son, Kellen William Patino on 2nd April 2015. And her first pregnancy was written in the second season of the TV show, The Exes. It's been a long time that the two are together and sharing a strong bond of love.

Besides Kurt Patino, information on Kelly stable’s past relationship, affair or boyfriend is in shadow. Kelly and Kurt are living together happily along with their children. She and her husband love their children pretty much.