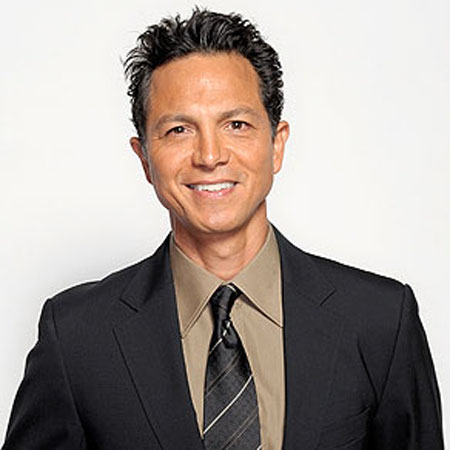 Benjamin George Bratt, an American actor, is known for the role of NYPD Detective 'Rey Curtis' on the NBC drama series Law & Order. He has appeared in various films and TV series including Doctor Strange, Modern Family, Ride Along and La Mission.

He currently appears in the TV series Star alongside Jude Demorest, Brittany O'Grady, Ryan Destiny, and other Hollywood stars.

Benjamin George Bratt was born on 16th December 1963 in San Francisco, California, United States. He was born to Ed and Peter. His parents were sheet metal workers. His grandfather, Geroge Cleveland Bratt was a Broadway actor. He holds an American nationality and is of white ethnicity.

Benjamin Bratt went to Lowell High School in San Francisco. There he was one of the members of the Lowell Forensic Society. In the year 1986, he graduated from the University of California, Santa Barbara.

In 1987 he left the American Conservatory Theater before completing the M.F.A program for the television film named Juarez.

In the year 2009 Benjamin Bratt performed in The Pople Speak. It was a doc u mentary feature film based on A People's History of the United States. He has also portrayed the role of Tlicho Indian in the film named The Lesse Blessed in the year 2012.

Bratt also gave his voice in an animated film named Despicable Me 2.

Has $12 Million Net Worth

Benjamin Bratt is a married man. He is married to Talisa Soto, an American actress as well as a former model. The couple first met during the casting audition of the Blood In Blood Out in the year 1993. During the filming of Pinero in the year 2001, the couple officially started dating.

After dating for five months the couple got engaged in February 2002. Finally, they got married on 13th April 2002.

The couple has two beautiful children; a daughter named Sophia Rosalinda Bratt and a son named Mateo Bravery Bratt. They have a small and happy family.

Benjamin Bratt has dated many girls before his marriage. His first known affair was with Jessica Huntington. She is an American model and it was rumored that the couple hooked up in 1997.

Before that he dated Monika McClure from 1990 to 1996. She is an American actor. The couple dated for approximately six years and broke up.

In 1998 Benjamin started dating an actress named Julia Roberts. At the 2001 Academy awards, he escorted her where she won the Academy Award for the Best Actress. The couple dated for three years and five months.

In 2001 he began dating Jennifer Esposito, an American actress. The couple only dated for 4 months.