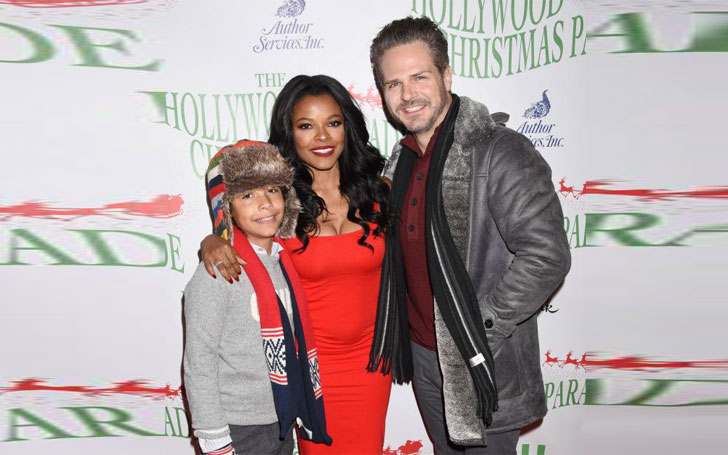 Not only her onscreen life, but her personal life is also a stunner. She married her husband Bradford Sharp back in 1997 and bore a son together. Their marriage is one ideal Hollywood relationship.

The 44-year-old actress Keesha Sharp tied the knot with Bradford in the year 1997. Bradford is a singer, songwriter, and also an actor.

The couple shares the same interest in the entertainment world which could be why they have a perfect understanding and amazing family life. 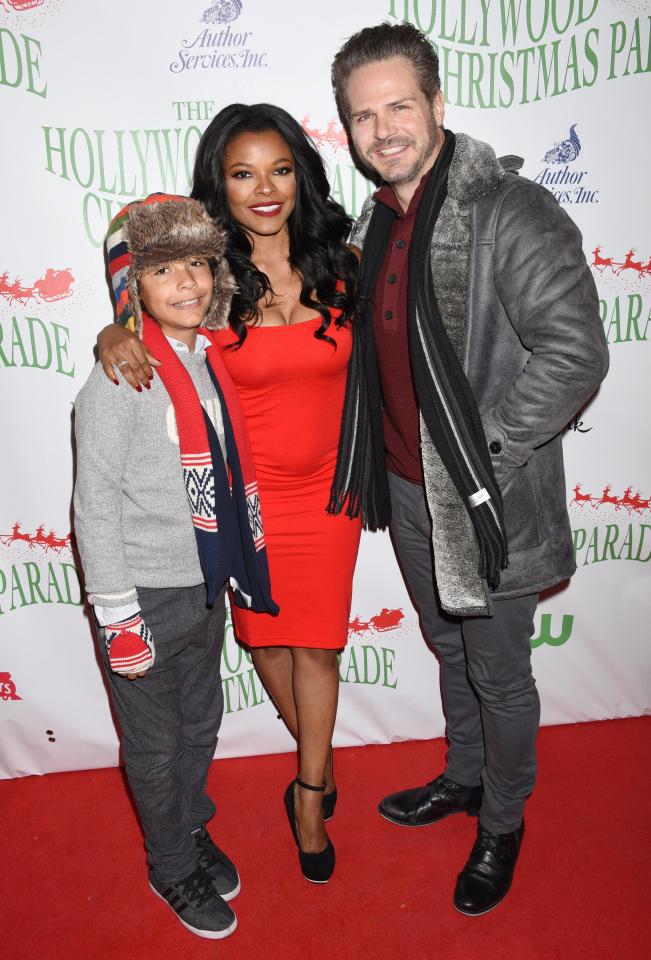 Keesha and her husband Bradford with Solomon, Source: The Sun

Their life off-camera is kinda sweet.

Keesha is active on social sites. She shares many pictures on her Instagram. The incredible chemistry in their portraits speaks all about their amazing love life, take a look:

So excited to see our friend @natesmithdrums tonight at #bluewhale if you haven't checked out his album, "Postcards from everywhere" you are missing out!! #proudfriends

Keesha shared a Twitter post back on 19 January 2017 asking the fans how would they feel if they lose their engagement ring. Well, her words spoke of her feeling for the family and married life.

How many of you married folks out there would be devastated to lose your ring? ?? #lethalWeapon

The Never Die Alone actress is living a wonderful life with her husband and son. There are no rumors of any extra-marital affairs or divorce as of yet.

Keesha and her husband have been together for 23 years now. Their blissful family became a complete one with the arrival of their son, Solomon.

This little person is our life!!! Please say a prayer for him. God please bless our son and those taking care of him right now. AMEN #prayerswork #when2ormorearegathered #faith

This is what they call a happy family, and who knew it was possible to get one in Hollywood as well?