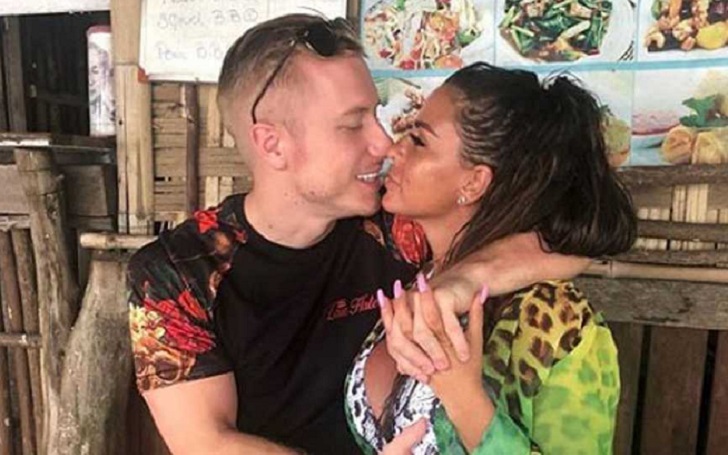 Katie Price has dropped a massive hint that she is engaged to her longtime beau, Kris Boyson.

The romantic pictures show Katie wearing a huge diamond ring on her engagement finger and is seen playfully snuggling with her boyfriend. Sharing the photo on Instagram, she wrote “Take me back to Thailand @krisboyson,” with a diamond emoji.

The diamond emoji on the picture made everyone quite sure that they are engaged. Her fans started popping question if they were engaged. Many even congratulated them.

But, Katie’s representatives revealed that she is not ENGAGED at all.

Katie once revealed that if Kris does not propose her in front of the cameras for her reality television show, then she would say NO. So, we can suspect that we will be seeing their engagement moment on the television.

Katie is quite keen and excited to turn her boyfriend to husband number four, but only, if he proposed her on her reality show, My Crazy Life.

Kris and Katie talk about marriage all the time, and it’s pretty much a given they’ll get engaged very soon.

Katie Price is married thrice and divorced in the same number in her life. She was first married to Peter Andre in 2005 and later got divorced in 2009. Divorcing the first husband, she tied the knot with Alex Reid in 2010 but got divorced two years later.

Just like her past two married life, her third married life with Kieran Hayler also did not work out. She is the mother of five children; Harvey Price, Jett Riviera Hayler, Bunny Hayler, Princess Tiaamii Crystal Esther Andre, and Junior Savva Andreas Andre.

Kris has already built a close relationship with her five children.