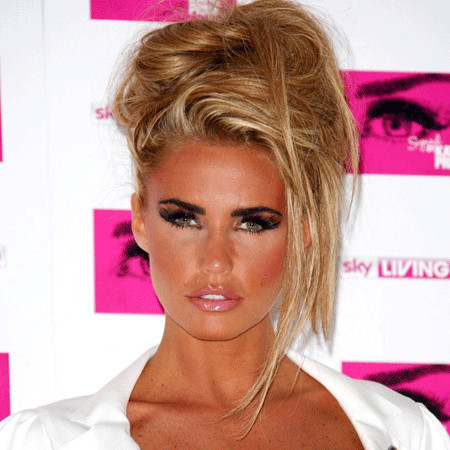 Katie Price is a multi-persona; model, author, singer, designer and businesswoman. She rose to fame after joining the show I’m a Celebrity… Get Me Out of Here!

She began her modeling career at the age of 18. She appeared in a cover page of fashion magazine-Page 3 in 1996. She then featured in several magazines like Playboy, Nuts, Vogue and Esquire. In 2015, she participated on the fifteenth series of Celebrity Big Brother. She ended the show as the winner of the series.

She has been married thrice and has five children with her former husbands and partner.

She is a fantastic TV personality and her fame is undeniable. She is none other than the very pretty and very hot Katie Price. Price was born in the year 1978 on 22nd of May and this makes her age 40 at this time.

She was born in a place called Brighton, which lies in the United Kingdom. Her nationality is English. The names of her parents are Ray Infield and Amy Price. Her confidence level is absolutely amazing and she has really uplifted the shows she has been a part of.

Price went to the Blatchington Mill School for her education but left before she completed her education. She left school when she was only 16 years old.

She has been a top model in the past and has endorsed huge fashion brands. She has also been a cover girl for huge magazines such as FHM, Vogue, Nuts, Playboy and Maxim. She has appeared in very popular and very successful TV series and shows such as I'm a Celebrity… Get Me Out of Here!,

The Big Breakfast and Celebrity Big Brother. She has been an amazing singer as well and she has some hit singles and albums to her name.

In the year 2006, she released an album called A Whole New World and the album managed to become a huge hit. She has another hit single called Free to Love Again which was released in the year 2010.

She is also a published author. She has published numerous books (autobiographies, novels and children books). She was in the top 100 bestselling authors of the decade for book sales form 2000-09. She sold nearly three million.

She released her first autobiography Being Jordan in May 2004. She sold over 97K copies in one year and over 1 million as of January 2007. Her daughter Princess landed her own book deal at just nine years old in 2017.

Fashion model, TV personality, author and designer Katie Price is one of the successful and richest TV personalities in England. Her estimated net worth is $40 million as per the Celebrity Net Worth before she became insolvent.

She is being forced to sell off her Sussex mansion in a bid to pay off her mounting debts. In August 2017, she was given 12 weeks to avoid bankruptcy and pay off her creditors. On August 15, 2018, it revealed that she asked her ex Peter Andre to help to swerve bankruptcy.

In September 2009, she claimed that she was raped by a famous celebrity but did not mention his name and report the incident. She insisted that she would never reveal the name of the attacker.

Surrey Police stated that they had not contacted Price: “No allegation of rape has been made and Miss Price will not be making a statement to police”.

She then married Kieran Hayler in 2013 at the Royal Bahamian Resorts and Spa in the Bahamas. In 2015, Katie Price discovered he’d an affair with her Friends Jane Pountney and Chrissy Thomas. They separated for sometimes and renewed their vows in 2015.

Unfortunately, he did not change his behavior. She caught him out again after finding intimate emails with her friends.

The marriage is now over and they already separated from each other.

She is dating her new beau Alex Adderson to date. The duo reportedly now staying in the Luxury Villa he owns in Spain. They were seen at Majorca Beach in Spain in August 2018.

In 2002, she treated for a leiomyosarcoma on her finger. She removed the cancerous tumor was removed at a Nuffield Hospital near her Brighton home. In December 2017, she went the US for her breast surgery.

She reduced the size of her breast implants and also had rhinoplasty. But, she was not happy with the results of her surgery and went for the second time in 2008. She did corrective surgery in California in July 2008. She then returned to the UK with much smaller size 32C breasts.