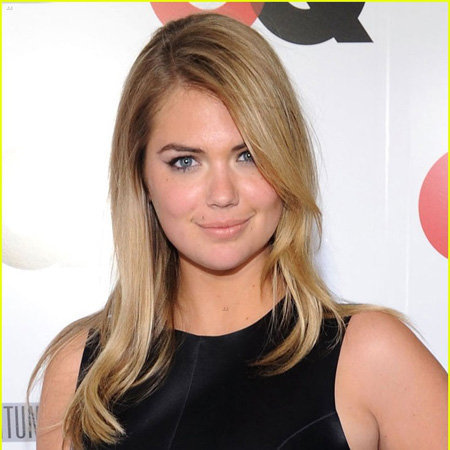 Katherine Upton, an American model/actress, mostly known for her finest performance in the Sports Illustrated Swimsuit magazines. In 2011, she was named as the Rookie of the Year. In 2008, she started her career with Elite Model Management and later worked with IMG Models. In 2013, she featured in the UK’s edition of the Vogue.

Upton was also the cover model for the Swimsuit Issue Magazine in 2012, 2013 and 2017 issues. Upton has also appeared in several movies like Tower Heist, The Other Woman, and The Layover.

Katherine Elizabeth "Kate" Upton is a model/ actress who was born in Michigan, United States. She was born on June 10, 1992, as the only child of Shelley (née Davis) who was a former Tennis champion of Texas and Jeff Upton, an athletics director in high school.

Upton's great-grandfather's name is Frederick Upton, is a former co-founder of Whirlpool Corporation. She grew up is along with her reputed family in her hometown St. Joseph, Michigan. She is of American nationality and follows Christianity as her religion, and belongs to a White-American ethnicity.

Upton attended the local Holy Trinity Episcopal Academy. She took part in a various state as well as a national level beauty pageant and made it easy for her future.

A part of her Texas ancestry, she was a cowgirl who enjoyed horse riding from her childhood and had won three APHA Reserve World Championships at the age of 13, 14 and 18.

Kate Upton began her career as a horse riding champion. Upton and her horse Romaine Pony took part in many events and after she changed her horse at 18 years of age, she won the Western pleasure in 2009.

In 2008, Upton joined Elite Management Model and walked in few fashion shows. The same year, she moved to the New York City and signed with IMG Models. She then modeled for clothing line Garage and Dooney & Bourke. In 2011, she appeared in the Sports Illustrated Swimsuit Issue.

Continue Success In Modeling And Acting

In July 2012, Upton posed for the cover of GQ magazine. The same year, she was ranked the fifth-sexiest models by Models.com. She was also listed on the Maxim’s Hot 100, citing her photo shoots with Sports Illustrated. 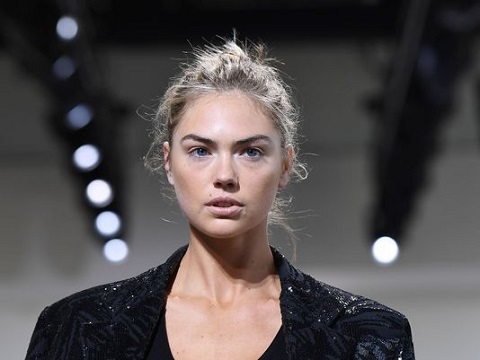 That year, she also featured on the cover of UK’s an Italian edition of the Vogue Magazine. Since then, she has worked with several fashion magazines including Vogue and Vanity Fair.

In 2017, she featured with Alexandra Daddario in The Layover, a road trip sex comedy film. She also enacted in James Franco’s film adaptation of The Disaster Artist-  a biopic movie. based on the life story of actor/director Tommy Wiseau.

Kate Upton has earned a tremendous amount of money from her successful career. She has an estimated net worth of $20 million, as per Celebrity net worth. Her husband is one of the richest baseball players who has a jaw-dropping net worth of $80 million. The couple currently lives in Beverly Hill House worth $5.5 million.

From her various endorsement deals, appearance fees and acting, Upton reportedly earned $7 million dollars between June 2013 and June 2014. She appeared in a well-known super bowl advertisement for Mercedes Benz and was paid around $1 million.

Upton is a married woman. She married her longtime boyfriend Justin Verlander on November 4, 2017. They got engaged in 2016. And, previously, the couple was in a relationship with each other for four years.

The pair exchanged their vows in the wedding ceremony which was organized at a medieval church in Tuscany, Italy. A bride was in a white dress with lace sleeves and a veil pinned in the back while bridegroom wore a dark-colored tux with a bow tie. 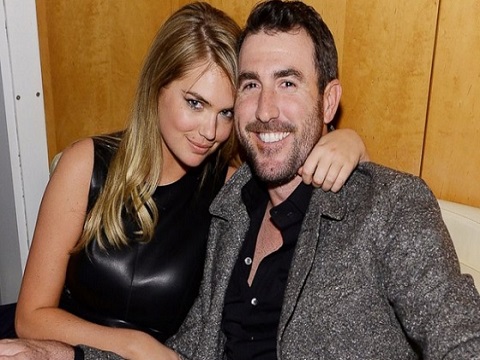 The duo started dating back in 2013 after breaking up with her former Ukrainian boyfriend Maksim Chmerkovskiy.

She was also involved in romantic affairs with Mark Sanchez and Sean Combs, who are professional players and. And she was also rumored to be linked to Sean Faris.

In January 2018, Upton claimed sexual harassment by guess jeans co-founder, Paul Marciano. But, after a few days, Marciano spoke with TMZ and said that she lied and he had not harassed her.

Katherine Upton is a very beautiful woman, good looking and with a good personality. She stands at the height of 5 feet and 10 inches and her current body weight is about 64 kg.

Upton has got a very beautiful pair of shiny blue eyes, blonde hair and hot lips that always carry her smile. Her body measurement is 39-28-36 inches.