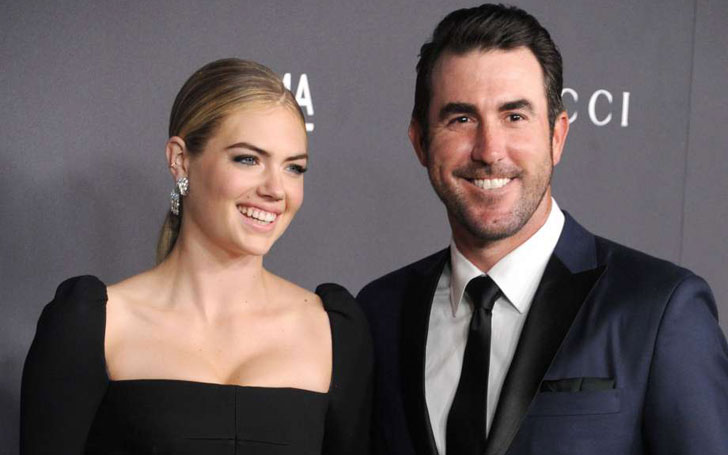 The Other Woman actress Kate Upton, 25, has tied the knot with her fiance Justin Verlander in a lavish wedding ceremony in Tuscany, Italy on Saturday, November 4 at the luxurious Rosewood Castiglion Del Bosco resort.

The gorgeous model was in a white dress with lace sleeves and a veil pinned in the back while the Houston Astros'  pitcher wore a dark-colored tux with a bow tie. Meanwhile, the bridesmaids wore different blush-colored gowns.

The long-time lovers' wedding was confirmed just days after the MLB star won the World Series in the Game 7 on Wednesday.

The couple has been together since their reunion in 2014 while they're on and off for over three years before the reunion. Kate confirmed her engagement with Verlander two years later in the 2016 Met Gala in NYC.

Later it came to know Verlander proposed his long-time girlfriend with a self-customed diamond ring before the baseball season began in 2016.

In May, the supermodel told about her wedding in an interview with Martha Stewart Weddings,

I just know I want a lot of flowers. And I know I want the petals already down by the time my niece, who will be my flower girl, walks down the aisle.

Then she also added that the duo wanted a medium-sized wedding with around 150 attendees.