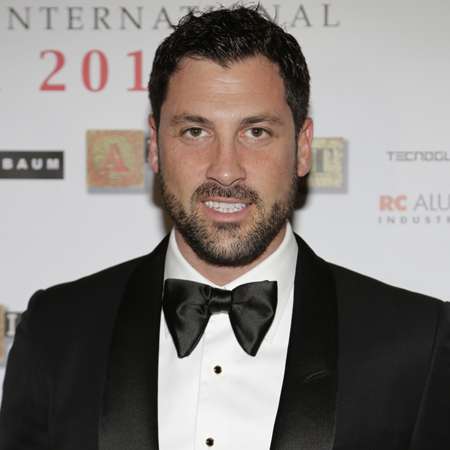 Maksim Chmerkovskiy was born on January 17, 1980, which makes his 36 by his age. Maksim was born in Odessa, Ukrainian SSR, and, Soviet Union as Maksim "Maks" Aleksandrovich Chmerkovskiy. He was born as the son of father Aleksandr "Sasha" Chmerkovskiy and mother Larisa Chmerkovskaya. According to his nationality, he is American Ukrainian. And his ethnicity is white. He has a brother named Valentin Chmerkovskiy, who is also a professional dancer.

Maksim Chmerkovskiy attended several dancing classes and he took numerous dancing training, but his educational background is missing. Maksim started dancing at the age of 4.

When he was 16 years, Chmerkovskiy and his father opened a dance studio, Rising Stars Dance Academy. In 2011, he played a vital role to help his brother, Valentin and Diana Olonetskaya to become the first U.S. dance pair to win a world junior championship.

Maksim Chmerkovskiy the ABC series Dancing with the Stars in the second season of a dancing show along with an American actress, model, voice artist, and singer Tia Carrere. And he was featured up to the 18th season of the show in which he was crowned as the winner of the show. Maksim Chmerkovskiy was featured with celebrities like Willa Ford, Denise Richards, Debi Mazar, Brandy Norwood and Melissa Gilbert in the several seasons of the shows.

Maksim Chmerkovskiy is a good looking guy and he has been in a relationship with many beautiful ladies in the past. Maksim’s current relational status is engaged and his sexual orientation is straight.

There were rumors relating Maksim’s dating with Melanie Brown and Elena Grinenko in the past. Starting from 2008 he was romantically linked with Karina Smirnoff and shared a relation for about a year. In 2011, he was linked with American soccer player Hope Solo.

In 2009, he was engaged to DWTS costar a fellow Ukrainian native Karina Smirnoff. And later he started dating another DWTS costar, Peta Murgatroyd and they were separated in 2013 after 10 months of a relationship. Maksim was also in a deep relationship with American model Kate Upton.

Maksim, in 2015 again confirmed once again dating Peta Murgatroyd and he is currently engaged to his girlfriend Peta. He is not married yet.

Maksim is tall guys with a height of 6 feet and 2 inches and his weight is 85. His net worth is assumed to be around 3 million and his salary is not updated yet. Maksim is a very good looking guy and has numerous fans in several social networks.