British-born screen and stage actress Kate Fleetwood is professional since 1995 and is famous for her works in TV series The Widower (2014),  Harlots (2017- 19) and Victoria (2019). The Exeter University graduated worked in theatre productions during her early career and saw Tony Award nomination for the role as Lady Macbeth in Macbeth at Chichester Festival Theatre.

Her most notable film appearance was as Mary Cattermole in Harry Potter and the Deathly Hallows - Part 1 (2010). The mother of 2 is a patron of En Ma s se Theatre and joint patron of Escape Insight Arts, Stratford-upon-Avon with her director husband.

When and Where Was Kate Fleetwood Born?

Fleetwood was born on September 24, 1972, in Cirencester, England, the UK, and grew up on a farm near  Stratford-upon-Avon. No detail on her parents or siblings is out at the moment.

Fond of acting since childhood, Kate, as a pre-teen, worked in Mary: After the Queen at Royal Shakespeare Company. Moreover, she attended Trinity Catholic School in Leamington Spa. Kate Fleetwood is a graduate of Exeter University.

Career Journey From Theaters To On-Screen

Fleetwood turned professional in 1995 and made appearances in stage productions such as Love Is The Drug (1995), Twelfth Night (1996) and Romeo and Juliet (1998). Her on-screen acting came in 1998 when she was cast in the TV film Getting Hurt, that followed her debut TV appearances in Holby City (2001) and EastEnders (2001, 4 episodes).

In 2013, she was cast in 3 episodes of The Widower (2014) and made a notable appearance as the series regular Nancy Birch in Harlots (2017- 19, 24 episodes). In the latter series, Kate shared the screen with Samantha Morton, Lesley Manville, Jessica Brown Findlay and Dorothy Atkinson. 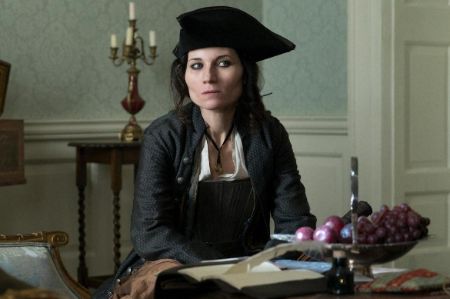 While working on the TV & big screens, Kate Fleetwood did continue her journey on stages too. Some of her notable theatre works are:

Active in the acting industry for more than 25 years, Kate Fleetwood showcased her prominence in both stage and screen works Meanwhile, her acting credits count 48 including TV series and films. As of December 2020, Kate has a net worth of $1.5 million- mostly earned as an actress.

Having worked in the TV series The Widower, Harlots, Victoria and Brave New World, the England-born worked in commercial hit films too:

Mother of Two- Who Is Her Husband?

Kate Fleetwood is a happily married woman and enjoys a blissful relationship with her director husband Rupert Goold. Reportedly, Rupert directed Kate in the play Macbeth; he was born in Highgate, London and has famous directing credits: King Charles III, The Hollow Crown: Richard II, and Judy.

The couple married in 2001 and is together ever since. 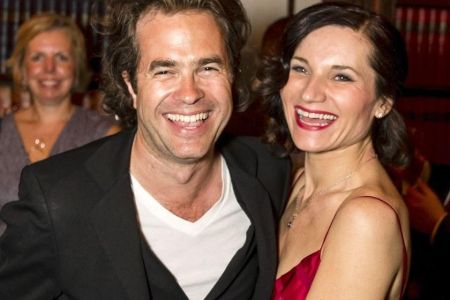 Fleetwood is an avid user of Twitter (@katefleetwood) with over 4K followers, while her Instagram (@katyfleets) has 2.3K followers.