Lesley Manville is an English film and television actress. The Academy Award-nominated actress of 2017's Phantom Thread has also been seen in such movies as All or Nothing, Another Year, and the Maleficient movie series, and portrayed Princess Margaret in Netflix's The Crown.

How Old Is Lesley Manville Now? What Is Her Height?

Lesley Manville was born Lesley Ann Manville on March 12, 1956, the youngest of three daughters, to former ballet dancer Jean Edwards and taxi driver Ronald Manville. A native of Brighton, East Sussex, England, Lesley grew up in nearby Hove with her two older sisters Brenda and Diana.

At the time of this writing, Lesley Manville is 64 years old and stands at 5 feet 2 inches (1.57 meters). Manville had begun singing at the age of eight and started acting in her teens. She studied at the Italia Conti Academy of Theatre Arts in London.

Lesley Manville was once married to the Academy Award-winning English actor Gary Oldman -- of "The Darkest Hour", the Harry Potter series, and The Dark Knight trilogy fame. They were married for all of three years, from 1987 to 1990. 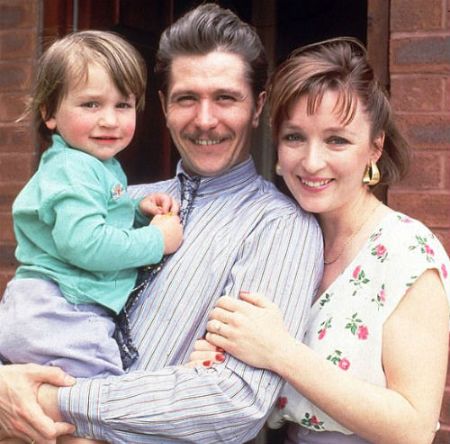 On December 10, 1988, Manville became a mother for the first time at the age of 32 when she gave birth to hers and Oldman's child, son Alfie Oldman.

After her divorce from Oldman, Manville married her second husband, the "Mummy Returns" and "The Cold Light of Day" actor Joe Dixon, in 2000. They were married for only four years before divorcing in 2004.

Lesley Manville is a stage and screen actress. She made her on-screen debut in the early-'70s and continues acting to this day.

She is most known for her roles in movies like Dance with a Stranger, High Hopes, Secrets & Lies, All or Nothing, A Christmas Carol, Romeo and Juliet, Maleficent, Mr. Turner, Hampstead, Ordinary Love, Maleficent: Mistress of Evil, and Misbehaviour. 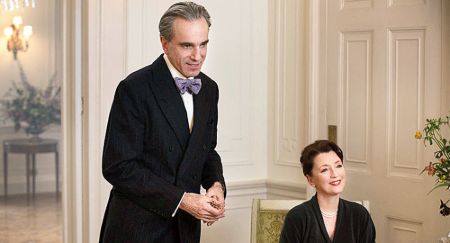 On television, she is most known for her portrayal of  Princess Margaret in the Netflix period drama series The Crown. Besides that, she has had notable roles in several British television dramas like Emmerdale Farm, The Emigrants, King Cinder, Law & Order: UK, Mayday, Fleming, River, Mum, Harlots, and Love Life.

According to some online sources, Lesley Manville reportedly has a net worth of around $2 million. The 64-year-old East Sussex-native has appeared in nearly 110 movies and TV shows over a 47-year career.