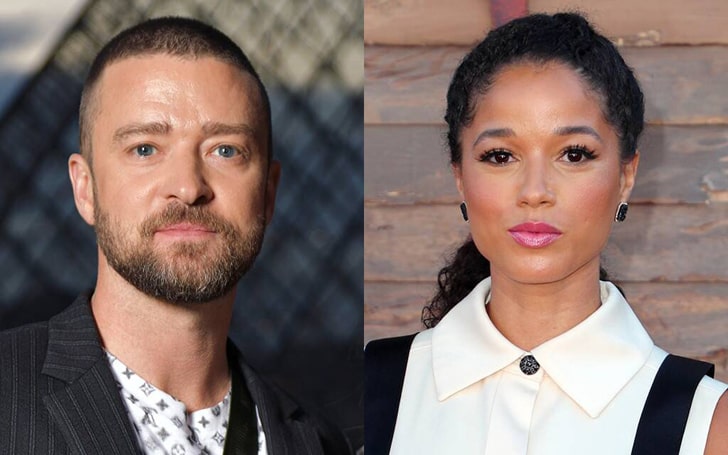 When photos of singer/songwriter Justin Timberlake and his co-actress Alisha Wainwright surfaced in the media, many of his fans and media speculated something was going on between the couple. Also because Timberlake was spotted without the wedding band; however, a close source denied any possibility.

In the photos and a video posted by The Sun on Saturday, the actors were seen holding hands while they enjoyed an outing with a group of friends in New Orleans. In the video, Timberlake can be seen enjoying drinks with the group while Wainwright rested her hand on his knee. 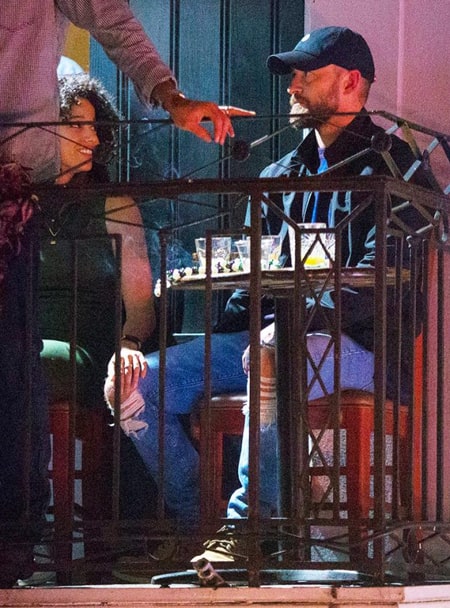 Justin Timberlake and Alisha Wainwright spotted together in New Orleans SOURCE: The Sun

A source with direct knowledge of the situation told People,

It's a balcony with a group of people and it was definitely nothing happening. He's down there shooting Palmer, they're starring in the movie together and they're cool and everybody was just hanging out.

Meanwhile, a representative for Wainwright said:

There is no validity to this speculation. They are currently working on a project together. Members of the cast and crew were all together.

Timberlake plays a character of a one-time college football star, who ends up serving in jail, in Palmer.

Singer Justin Timberlake is happily married to actress Jessica Biel. The pair started dating in January 2007. After sharing four years of courtship, the couple became engaged in December 2011. Less than a year later, Timberlake and Biel got married on October 19, 2012, at the Borgo Egnazia resort in Fasano, Italy. 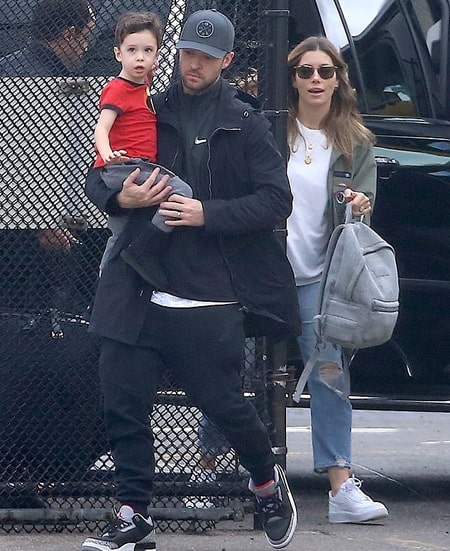 Before, Timberlake was famously linked with singer and fellow high-school mate Britney Spears. They reportedly started dating in early 1999 and stayed happily together until the relationship ended abruptly in March 2002.

Timberlake was briefly linked to British singer Emma Bunton in 2003. Later that year, Timberlake and actress Cameron Diaz started dating. They also spent a few years as lovebirds, and after long-standing speculation, they split in December 2006.