Jennifer Aniston reveals the secret of her married life, with Justin Theroux 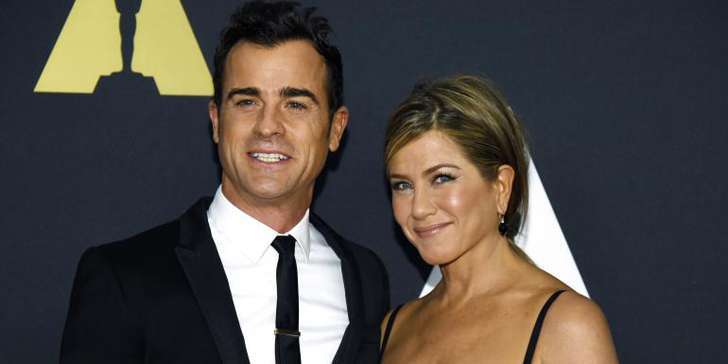 Jennifer Aniston and Justin Theroux have been secretly married for one and a half year now and she is happier than she ever could be.

She also credits Justin behind her youthful look saying it's her laughter, with her husband, responsible for keeping her young. Let's know more about the couple's relationship here.

The comedy actress Jennifer and Iron Man 2 star Justin Theroux is one of the Happiest couples in the Hollywood. They began dating in 2011 decided to turn their relationship into a marital bond in 2015.

They are more than happy to share their life as husband and wife. 'I’m lucky because Justin is the funniest person I’ve met, and we make each other laugh,' Jennifer said. In 2017, Forbes listed her in the top 10 highest paid actress including other nine actresses.

'Laughter is one of the great keys to staying youthful.' She recently told in an interview. Though she looks quite young for her 40s, Jennifer isn't afraid of getting older and says she feels more confident in her 40s than ever before.

The couple got engaged in August 2012, tying their knot three years later on August 5, 2015. However, the couple chose not to reveal their wedding date at the beginning.

Jennifer married actor Brad Pitt in 2000, she was just 31 then. But they divorced after four and a half years of marriage. The actress started dating Justin in May 2011 after their meet.

After divorcing from her, Brad dated Angelina Jolie. The duo dated almost 10 years and got married in 2014.

Sadly, Angelina filed a divorce from him in August 2016 and now they are apart from each other. Currently, Brad dating actress Sianna Miller.

Whereas, Jennifer is also enjoying the 'freedom' of expanding from her sitcom and romcom roots and taking on more serious roles. While she has a healthy and happy married life, her career seems to be flourishing with it too.

Jennifer and Justin's wedding last year was a well-kept secret. They had a weird way of getting married, first, they told their guests that they were being invited to Justin's birthday party before surprising them with a wedding.

Jennifer said that in this day and age it's hard to have a 'normal' life, especially with the increased craze of social media and smartphones.