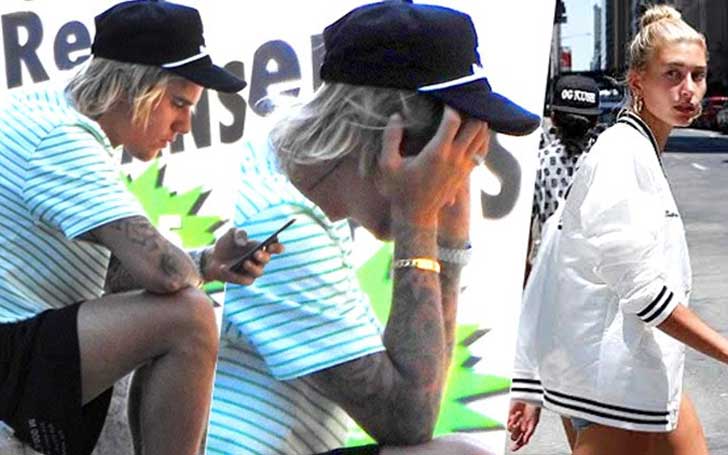 Justin Bieber and Hailey Baldwin, who are engaged for a month, were seen crying uncontrollably in New York City on Tuesday.

Baby singer, 24, was seen in tears after a bike ride and later out at a restaurant. According to Harpersbazaar, the duo took a pause while riding bikes on Manhattan's West Side Highway where Baldwin was seen consoling her fiance as he covered his face with his hands. 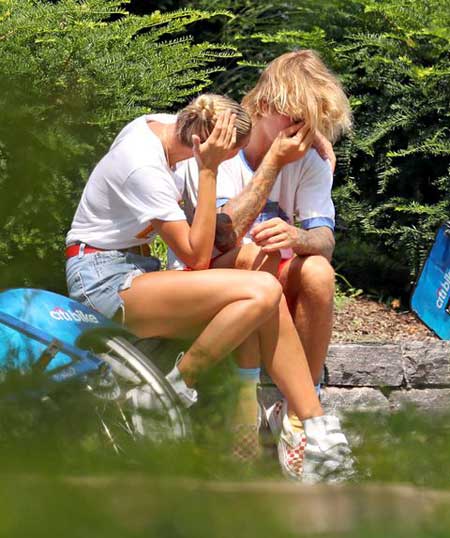 CAPTION: Hailey Baldwin consoling her fiance while he got emotional SOURCE: Cosmopolitan

At one point, both of them were leaned on each other as Bieber cried. The 21-year-old model appeared a bit concerned for her beau where she was captured rubbing Bieber's back. He looked a bit red as they continued their bike riding.

Not long after the singer controlled his emotions, Baldwin burst into tears as the pair sat in a restaurant in Tribeca. This time, Beiber gently caressed Baldwin's face as she struggled to stop her tears. 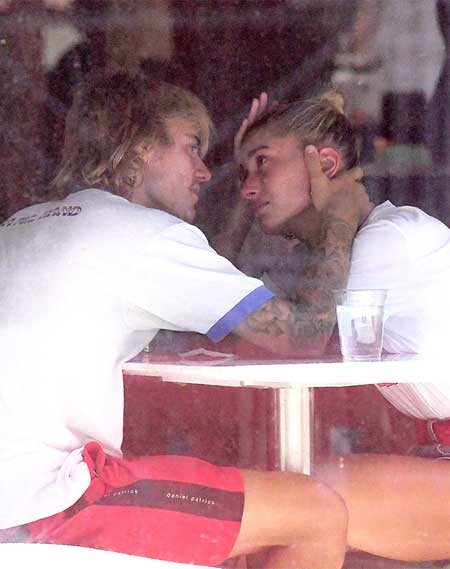 CAPTION: Justin Bieber trying to console his fiancee as she cried at a restaurant SOURCE: Best World News

It's still unknown why the lovebirds got so worked up over, however, shortly after, Baldwin took to her Instagram sharing the photo of the couple sharing a smooch as if nothing had happened before on the day.

In early July Bieber and Baldwin got engaged during their vacation in the Bahamas. Bieber later took to his Instagram to confirm his engagement where he wrote, "Was gonna wait a while to say anything but word travels fast, listen plain and simple Hailey I am soooo in love with everything about you!" alongside the photo he shared.