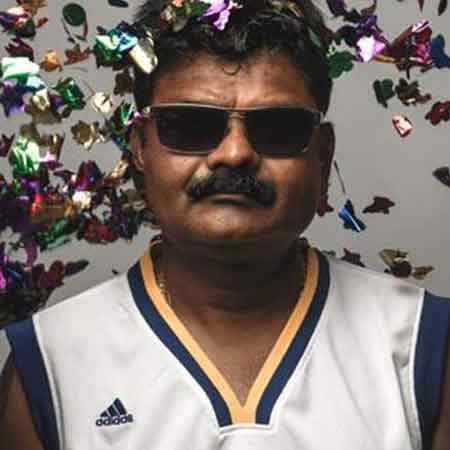 Anyone who claims to be a fan of comedy is familiar with the face of Just Sul and his short videos. He started by uploading videos on Instagram and in course of time gained massive recognition and has even worked with many major artists including DJ Khaled and Tyga.

Just Sul was born Shantinath Sul on the 1st of June in 1973 in Mumbai, Maharastra, India. The comedian has not revealed the name of his parents, but he is of Indian nationality and his ethnicity is South Asian.

Just Sul has been private about his life and has not disclosed any information regarding his real life and childhood days. His educational background is also unknown, but as per the sources, he is an Electrical and Mechanical Engineer.

By profession, Just Sul is an Engineer, and in search of his career, he moved from India to Lusaka,  Zambia. He has been in the field for almost 17 years of his life and is said to be working alongside his friend's father. His tagline is that he is an engineer by day and a p**p by night.

Just Sul started his social media journey with Instagram on 24 April 2015 with a video titled When you don't f**k with someone who isn't your day 1. Since then he has uploaded many videos on Instagram.

He has uploaded 259 posts to his account and has 3.5 million followers as of November 2018. Just Sul has uploaded photos with many other celebrities like Tyga, French Montana, and DJ Khaled.

He is also a user of Vine, a video hosting service. His vine When the waiter comes with your food has over more than 14 million views and Watch me Whip/Nae Nae has more than 2 million views.

In his videos, he has made fun of  President Donald Trump, Lil Pump, Kanye West, and Kim Kardashian. He mostly uploads all of his vines on his YouTube channel which has over 56.5 k subscribers.  His works are often shared by famous celebrities like Akon, Snoop Dogg, Ludacris, and Waka Flocka Flame.

Just Sul has mentioned that the real name behind his career's success is Just Said a Lebanese-Belgian comedian with the name Said Ahmad.

Just Sul has an estimated net worth of $300k which the comedian earns mostly from his career as an engineer. His salary from his daily job is unknown but according to Socialblade Just Sul makes an estimated $21-$334 monthly and $250 - $4K yearly from his YouTube channel.

Sul is a married man and also has children, but the social celebrity hasn't revealed any details regarding his marriage, wife, and his relationship.

Just as mentioned in one of his radio interviews that Justin Beiber is his favorite celebrity, but the fact can also be seen as one of his personal jokes.