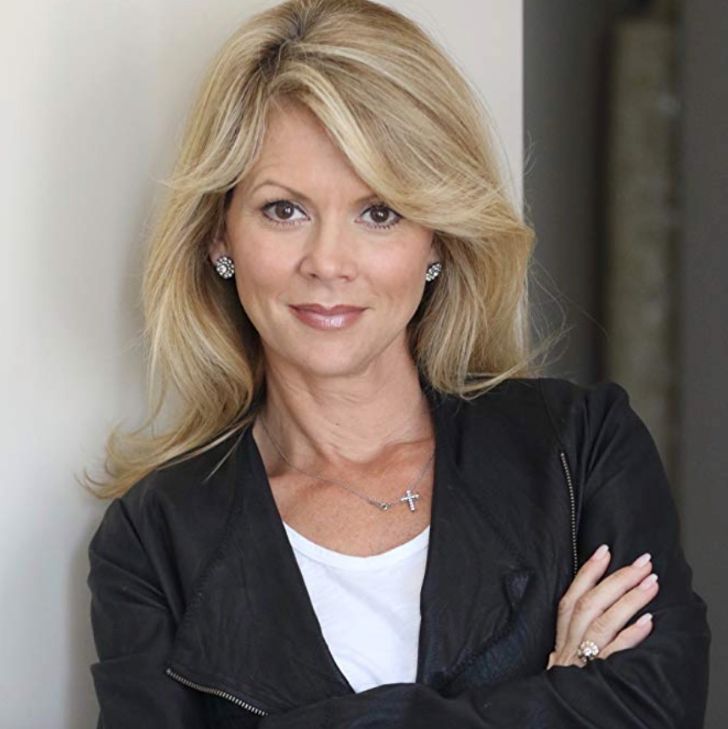 Already with a modeling portfolio & being crowned Miss Texas Teen at the age of 14, the American actress Julie Condra made a firm grip in the acting industry as well. Professional since the mid-80s, Condra saw notable TV attention through her role as Emily DiNapoli in Santa Barbara (1989-1990).

Over the years, the Texas-born made TV appearances in many acclaimed TV series such as Parker Lewis Can't Lose, The Wonder Years, Married... with Children, and Eerie, Indiana. As of 2020, her acting credits total 38 that includes her film works in Touch (1997), The Driver (2019), and One Night in Bangkok (2020).

What Is Julie Condra's Age and Height?

Julie Michele Condra was born on December 1, 1970, in Ballinger, Texas, the USA. An American by nationality, Condra belongs to white ethnic background. As of October 2020, the 5 feet 7 inches (170 cm) tall actress is 49 years old.

Nicknamed Jules, she is low-key about details on her family members & educational qualifications.

Raised in San Antonio, Texas, Julie Condra, fond of modeling started her career as a model at the age of 9 & even more, worked in TV commercials. Later, she competed in Miss Texas Teen and won the title at the age of 14. It saw her showers of opportunities for on-screen appearances, so then-16 years old Condra moved to Los Angeles to pursue a career in acting.

Success As An Actress- TV Series and Films

In 1982, the American worked in the movie Wrong Is Right, however, was uncredited. Later, her appearance in the 1985 film Papa Was a Preacher marked her film/on-screen debut where veteran actors such as Robert Pine and (late) Georgia Engel worked.

Julie then saw TV fame as the recurring cast Emily DiNapoli in the TV series Santa Barbara (1989- 1990) starring A Martinez, Marcy Walker, and Nancy Lee Grahn. Throughout the late 80s, Condra made guest appearances in the TV series: Who's the Boss? (1987), Valerie (1987), and Family Medical Center (1988). 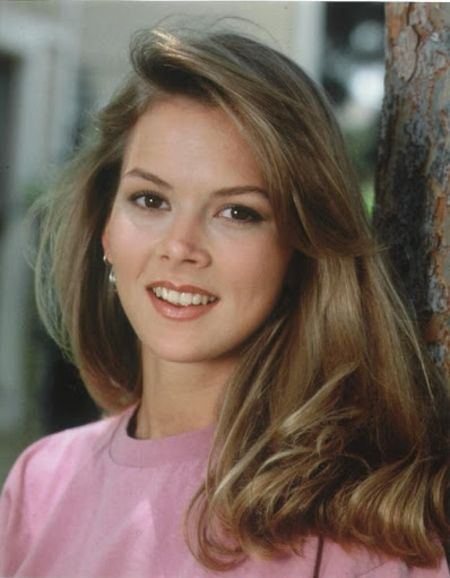 The actress starred as Donna Sue Horton in Season 1 of Parker Lewis Can't Lose in 1990, but later was replaced by Sharon Case, as she went to work as Madeline Adams in The Wonder Years (1990-91).

After her work in the 2005 video Final Approach, Julie went on a acting hiatus & made comeback after 14 years, in a 2019 film The Driver. The actress made most recently film appearance as Ms. Davies in action-crime drama One Night in Bangkok.

Is A Divorce & Lives With Second Husband- How Many Children Condra Has?

Condra has been married twice in her life & divorce once. Currently she lives with her second husband Mark Dacascos, an American actor & martial artist. Dascascos's acclaimed film works are Brotherhood of the Wolf, Drive, Crying Freeman and John Wick: Chapter 3- Parabellum.

The duo exchanged vows on January 5, 1998, and is together ever since. Moreover, they share 3 children together, 2 sons & a daughter. 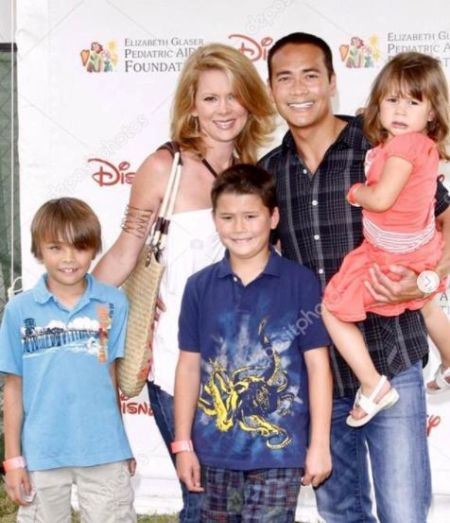 Prior to Mark, the Santa Barbara actress was in a marital relationship with then-husband Brandon Douglas, an American actor famous for his work in Falcon Crest (1988-1989). The former couple married in 1992 but divorced after 3 years, in 1995, without sharing any child.

Online sources estimate that Julie Condra has $1 million in October 2020. There is no denying that she made a considerable sum of money through her career as an actress, while TV commercials & modeling aided her earnigs as well. On the other, her current husband Mark Dacascos owns a fortune of $2 million as per Celebrity Net Worth.