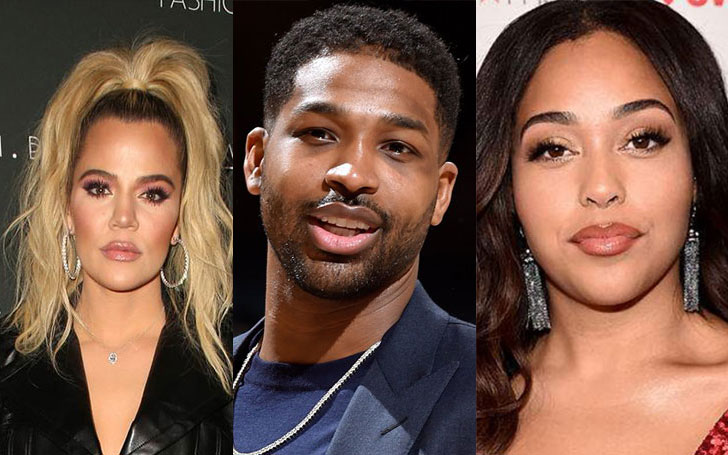 Jordyn Woods recently moved out of her best friend Kylie Jenner's house and reportedly went back into her mom's house after the Cheating Scandal, various sources including People confirmed.

CAPTION: Kylie Jenner's Best Friend Jordyn Woods 'Moves Out' And Back To Her Mom's House While Being Surrounded By Tristan Thompson Cheating Scandal SOURCE: Page Six

The source near to the Jordyn said: 'It's been a difficult time and she's broken up about it. She's heading home to be with her mom.'

Multiple sources previously confirmed the report of Jordyn and Tristan being cozy on Sunday at the weekend party 'blindsided' the Kardashian/Jenner family in Los Angeles.

The insiders claimed, At first, the family did not believe the story - that Jordyn and Tristan - 'made out' and were 'all over each other' at the party.

Moreover on Tuesday, several sources namely, TMZ and Hollywood Unlocked reported that Tristan Thompson was unfaithful to Khloe Kardashian- who he shares daughter True with - he actually cheated on her with Kylie's best friend, Jordyn.

TMZ further revealed that after knowing about the betrayal, Kardashian broke up with Thompson stating, they are done for the good.

As a matter of fact, it is not the first cheating scandal of Thompson either. Last April, a verified source Dailymail disclosed the footage Tristain cheating on her with Lani Blair and other two unidentified girls.

Their relationship was disturbed before the birth of their child, True. Tristan and Khloe's relationship took the stormy path after Khloe found out that her partner cheated on her just days before she gave birth to their daughter, True Thompson.

Jordyn Woods is the best friend of Kylie Jenner who was like her sister since middle school. Moreover, Khloe even hired Jordyn to be the part of Good American squad for the family's clothing line.

'The Kardashian - Jenner family believed Tristan being 'inappropriate' as everyone knew that he can't be believed but the fact that Jordyn made out with him seemed at first like a rumor', said a source.

Woods is yet to speak on the allegation, whereas, Thompson on the news media Twitter tweeted, "FAKE NEWS" and deleted after some time.

A source of People said: Kardashians found out about the scandal Monday. The whole family is furious. They were blindsided.