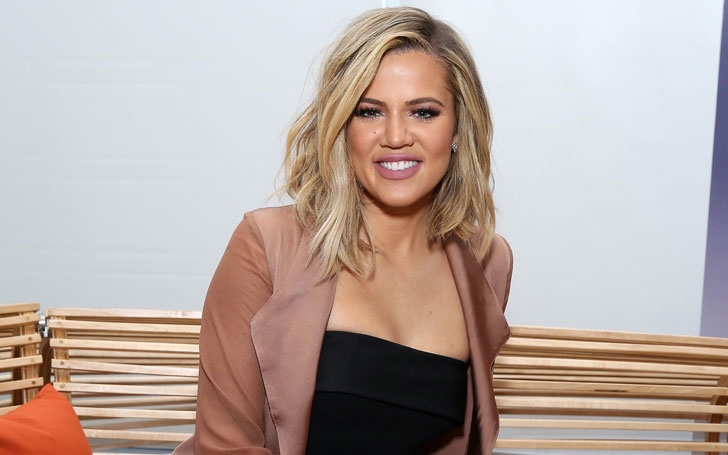 Exclusive!! Keeping Up With The Kardashian Alum, Khloe Kardashian Reveals Her Newborn Daughter's Name In An Instagram Post

Our little girl, True Thompson, has completely stolen our hearts and we are overwhelmed with LOVE. Such a blessing to welcome this angel into the family! Mommy and Daddy loooooove you True!

The week has been tough for Khloe as she welcomed her child amid a whirlwind of allegations that her boyfriend Thompson had cheated on her during her pregnancy with two women. However, Khloe has reportedly forgiven him, and she even let him enter the delivery room.

Elite Daily reported, according to the relationship expert and divorce attorney Michelle Afont, Kardashian's choice of word in the caption is a ''very, very strong statement,'' that shows she and Thompson are presenting a ''united front'' as partners and parents.

While the internet users have been mocking Khloe's decision to name her baby True just to make a statement to Thompson amid his cheating scandal, her mother and reality alum Kris Jenner has taken to her Instagram explaining the reason her daughter picked the name.

Kris Jenner wrote in the caption,

Khloe and her beau Thompson welcomed their first daughter on 12th April 2018. The Cleveland Cavaliers player also has a son, Prince Thompson, 1, with his ex-girlfriend Jordan Craig.

Khloe had announced her pregnancy back in December with a sweet snap on her Instagram.