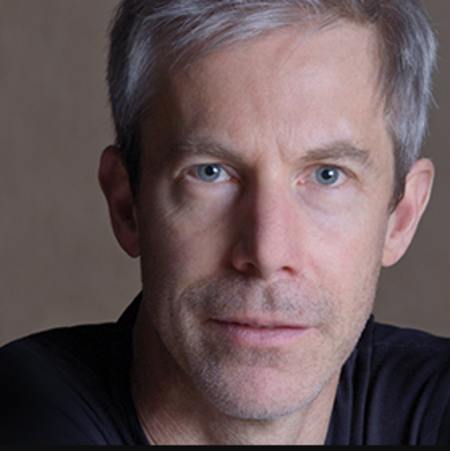 Jonathon Young is a Canadian actor who is widely known for playing the role of Nikola Tesla on the popular SyFy series, Sanctuary.

Young, who has also appeared in The Fog, Stargate Atlantis and Eureka, has been married to Kim Collier. The couple had a daughter, Azra Young, who died in a cabin fire back in 2009.

Jonathon Young was born on May 8, 1973, in Richmond Hill, Ontario, Canada. He was raised in Vernon, British Columbia, along with two siblings; a brother and a sister.

His father was a school teacher who founded a community theatre in Armstrong, British Columbia. He is of Canadian nationality and belongs to white ethnicity.

As of his height, Young is 5 feet 10 inches (1.8 m) tall and his weight is 75 KG. He is the graduate of the Studio 58 theatre school which he studied at Langara College, Vancouver, British Columbia

Becoming An Actor Was Never A Choice

During an interview after the No Exit play, Jonathon Young said that his dad used to bring him and his sister to watch his act and that was the time when he developed his love for theatre.

He then added that becoming an actor was never a choice but he just knew that he was going to do it.

Jonathon made his acting and film debut with a small role of Eddie in the 1996 drama film, The Angel of Pennsylvania Avenue.

In the following year, he appeared as Billy in two episodes of The Outer Limits. He has since appeared in many films including A Bear Named Winnie, You Know My Name, The Fog, AntiTrust, Alien Trespass, Firestorm, Eadweard, Chain of Fools, Trixie and Control Alt Delete.

Being a successful actor and one of the most important casts of Syfy series' Sanctuary, Jonathon Young has earned a massive amount of money throughout his acting career.

The 46-year-old Hollywood star has an estimated net worth of $1 million, according to some online sources. As for his salary, Young earns around $40 thousand per episode of a series.

Daughter Died in a Cabin Fire

As we mentioned earlier, Jonathon Young is a married man. The Sanctuary star has been married to Kim Collier.

The husband-wife duo had a daughter named Azra Young who died in a cabin fire in 2009 while the family was on a vacation. Azra, her cousin Fergus Conway, and his sister, Phoebe, were killed after the cabin in which they were sleeping caught fire.

Jonathan and Kim were just a few meters away from where the kids were sleeping.