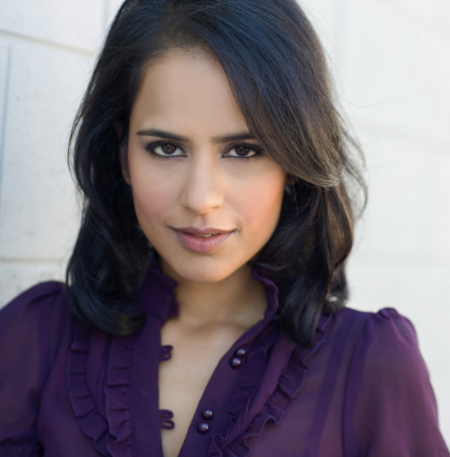 Agam Darshi is an English-born American actress who has appeared in many television shows and films such as Calling, Dead Zone and The L-Word. Most famously, she has played the role of Laura in the horror film, Final Destination 3. She has been married to actor Juan Riedinger.

Born in Birmingham, Studied at University of Calgary

Agam Darshi was born as Agamdeep Darshi on January 12, 1980, in Birmingham, the United Kingdom. She doesn't have a brother or sister.

Her parents are of South Asian (Indian) descent. She is of American nationality and belongs to Asian ethnicity.

She was very young when and she and her family moved to Canada. She was raised in Montreal, Calgary, Ottawa, Vancouver and San Jose.

At the age of 14, Darshi moved to Calgary to started an acting career. She learned acting at Theatre and Fine Arts at the University of Calgary. She received a degree in photography from the university.

Agam Darshi has appeared in more than twenty-five television productions and more than a dozen of films. Her most famous appearances include in Tru Calling, The L-Word andDead Zone.

In 2006, she played the role of Laura in the horror film, Final Destination 3. She then starred on the Canadian teen-drama series, renegadepress.com.

From 2009 to 2011, the University of Calgary graduate appeared as Kate Freelander in the Syfy television series, Sanctuary, alongside Robin Dunne, Christopher Heyerdahl and Amanda Tapping.

She has also played the role of Ruby Shivani in the second season of the television serial, You Me Her.

In addition to being an actress, Darshi is also a producer, director, and graphic designer. In 2013, she won a Leo Awards for Best Supporting Performance by a Female in a Motion Picture for her role in Crimes of Mike Recket.

Agam Darshi, being one of the successful and veteran actor of the Hollywood industry, has earned a substantial amount of money from her film and television career.

The exact net worth of the Dead Zone star is not available but reports have suggested that the actress has a total fortune of $600 thousand.

Moving towards the personal life of Agam Darshi, as we mentioned earlier, the 37-year-old actress has been married to actor Juan Riedinger who has appeared in Grave Encounters, It Stains the Sands Red, Jennifer's Body and The Day the Earth Stood Still. 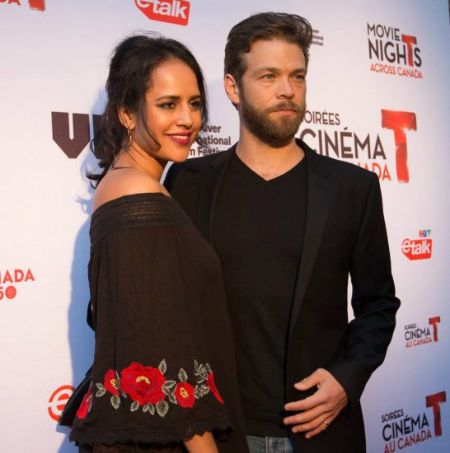 It's unknown when Darshi and Riedinger started dating and tied the knot but the two, as per the report, are living a happy married life together.