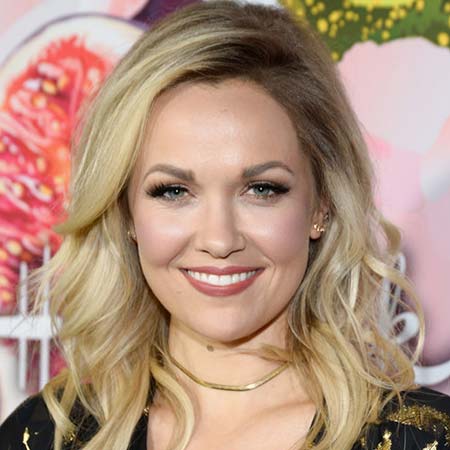 Emilie Ullerup, born Emilie Ullerup-Petersen, is a Danish actress who is famous for her portrayal as Ashley Magnus on TV series Sanctuary. She is also known for her work in the Canadian drama TV series Arctic Air as Astrid Poulsen.

Grew Up Along With Two Siblings Sister

She grew up with two siblings sister named  Caroline Ullerup and Simone Ullerup.

Regarding her education, she completed her high school level from a local school in Copenhagen in 2003 and later on, she went to Vancouver Film School from where she graduated in 2005.

The Danish actress, Emilie Ullerup made her acting debut in 2006 after appearing as Julia in the series Battlestar Galactica. Following her debut, she has worked in several series such as Blood Ties,  jPod, Sanctuary, Supernatural, Fatal Performance, and Chesapeake Shores.

She made her debut in the big screen in 2010 after working in the series Hunt to Kill. Later on, she appeared in the movies The House, Step Dogs, Blackburn, True Memoirs of an International Assa s sin. Her movie Assa s sin's Fury is under post-production.

Actress, Emilie Ullerup is supposed to hold a net worth of around $2 million. An average salary of the actor/actress is around $39.84 per hour and she also might be receiving in the same range.

Ullerup who was a very secretive person regarding her personal life has recently revealed that she has been married for around three years. A shock to all of us, right?

As per her post on August 12, 2018, she is married to Kyle Ca s sie. She has also mentioned that they got married three years ago.

Get married and wait 3 yrs to have a party. Then have one for 3 days. #eandklovefest begins @kyleca s sie : @aliliebert #denmark #love #mawiage

Get married and wait 3 yrs to have a party. Then have one for 3 days. #eandklovefest begins @kyleca s sie : @aliliebert #denmark #love #mawiage

Her husband is a famous Canadian actor, photographer, as well as a director. The couple has worked together in True Justice, Death Do Us Apart and other movies as well.

Previously, she was in a relationship whose name is still a mystery. The former pair was also rumored to have welcomed a baby but Emilie, later on, said it was fake in an angry post on Twitter and Facebook.

NOT pregnant. And your comments about it being worse than my recent toe-stubbing incident is adequate birth control for a while.For Kyle too

In 2008, Emilie Ullerup was diagnosed with a tumor on her spinal cord and later in 2009, she had surgery to cure her cancer. The doctor removed the part of the sacrum and her coccyx. The actress was able to come out through it just after five months and started working again.