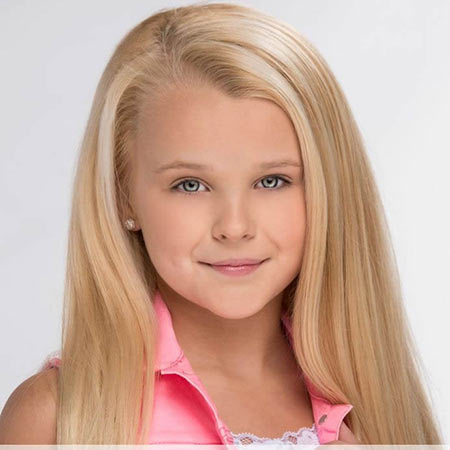 American multitalented personality, JoJo Siwa is involved in multiple professions like dancing, singing, and acting. She is also a YouTube personality and has two YouTube channels ''Its JoJo Siwa'' and "JoJo Siwa Vlogs'' from where she earns millions yearly.

The You Tuber rose to fame after appearing on the reality show, Dance Moms. She is also well known for her single, Boomerang which earned over 561 million on YouTube.

JoJo Siwa was born Joelle Joni Siwa on May 19, 2003, in Omaha, Nebraska, United States. She is American as per nationality and as far as her ethnicity is concerned, she is White.

HAPPY BIRTHDAY BROO!!! Idk what is going on in this picture but all I know is I was turning 5 and you were turning 8!! I was probably mad that we had to share a cake But happy birthday I love you I love you, I loveeeeee youuuuuu!! Thank you for being a great friend, ifly buddy, brother, body guard, camera man, all the things!!!

Siwa is the daughter of a professional dancer, Jessalynn Siwa and a chiropractor, Dr. Tom Siwa. Her parents raised her with her brother, Jayden Siwa, who is also a reality celebrity dancer in Omaha, Nebraska.

Siwa is home-schooled and started dancing at the age of two. And later she studied dance in her mother's studio.

JoJo Siwa made her first appearance through the second season of Abby's Ultimate Dance Competition. Initially, in the show, Siwa along with mother was disliked by many contestants because of their loud personality. The youngest contestant of the show along with her mom was eliminated in the ninth week of the show.

In early 2015, Siwa appeared on ALDC by Abby Lee Miller after giving an audition in 2014. The same time, she also featured on the Lifetime reality show, Dance Moms followed the ALDC team. Her performance in the reality show helped her to win Reality TV Awards. 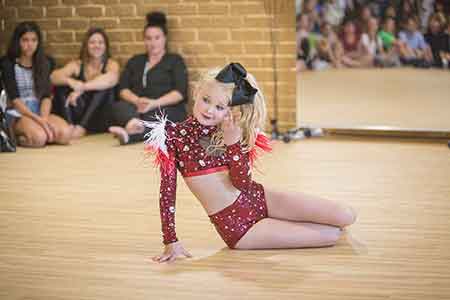 In 2016, Siwa made a guest appearance in Disney Channel's comedy TV series Bizaardvark starring Madison Hu and Jake Paul.  The following year, she portrayed the role of Aubrey in Nickelodeon's musical-comedy TV series, School of Rock. She shared the screen with Breanna Yde, Ricardo Hurtado, and Jade Pettyjohn.

Siwa released her debut single entitled Boomerang on 17th May 2016. The single is about cyberbullying and encourage positivity. As of 2018, the song earned over 561 million views. The song also received Platinum by RIAA.

Check out her song:

In 2017, she released three songs like ''Kid in a Candy Store,'' ''I Can Make U Dance,'' and ''Hold the Drama.'' The same year she won Nickelodeon Kids' Choice Awards in the category of favorite viral music artist. As of 2018, she released two more songs including ''Every Girl's a Super Girl'' and ''High Top Shoes.''

Siwa made her YouTube debut in 2015 by creating a YouTube channel, Its JoJo Siwa. On 7th February 2015, she uploaded her first video, ''Q&A with JoJo Siwa'' which earned over 730k views.

She then posts several videos and blogs on her channel which gained over thousands and millions of views. As of 2018, her YouTube channel has over 7.1 million subscribers. She also has a vlog named, ''JoJo Siwa Vlogs'' where she posts several vlogs. As of now, the channel has over 2 million subscribers. In 2018, she won Nickelodeon Kids' Choice Awards in the category of favorite Musical YouTube Creator.

The multitalented You Tuber, Siwa is obsessed with bows. As per her, she has been obsessed with bows since her pre-school. As she grew older, the bow's size has also gotten bigger and bigger. When she was asked about the bows she told that her bows symbolized confidence, believing-ness, and power.

Peace out! I wanna know where you are from and how old you are?? I’m 15 and I live in California!! Lol

Eventually, she has turned her obsession to business as she launched her own bow-line. The bows became popular among young school girls.

According to Celebrity Net Worth, JoJo Siwa has an estimated net worth of $8 million. Siwa earns an impressive amount from her career.

Siwa also collects a good amount from her bow business. With such earning, she is living a lavish lifestyle.

An enormous talent and charming personality, JoJo Siwa is single in the current days. Siwa is more focused on her career rather than involving in any relationship which might be the reason for being single.

But Siwa was rumored to be dating Matty B, a YouTuber in 2015. They posted several pictures and videos due to which their fans speculated that he might be her boyfriend. They, however, has not confirmed anything. Similarly, she was also linked to an actor, Thomas Kuc in 2016. They are spotted together at several events. 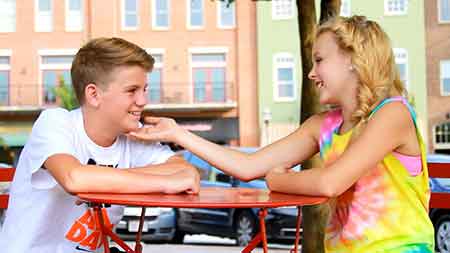 Besides, Siwa had a shaking relation with her co-stars Kalani Hilliker & Kendall Vertes, Maddie & Mackenzie Ziegler during the show Dance Moms. The girls were accused of being mean girls to Siwa. As time passes, JoJo's relationship with the girls seems to be repaired.

Moreover, she had a clash with ''Cash Me Outise'' Girl aka Danielle Bregoli. On 22nd April 2018, she retweeted a message from a mother of her fan where the mother preferred her daughter to be like JoJo rather than Danielle.

This post means so much to me. Thank you Nicole for writing this! I love being a positive role model and I want everyone to know it’s ok to be a kid and to not worry about growing up so fast! To everyone who supports me, I LOVE YOU! pic.twitter.com/rDuewQPz9n

Siwa currently lives with her mother in Los Angeles, California, United States. Some of her hobbies include traveling and singing. In a video, she told that Miley Cyrus is one of her favorite singers.