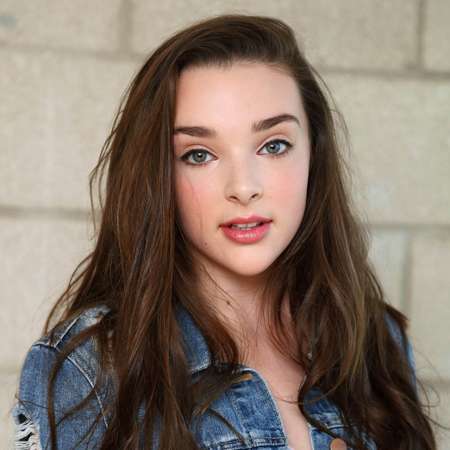 Kendall K Vertes or Kendall Vertes is an American actress, singer as well as model best known for appearing in the television series Dance Moms.

Kendall was born on December 9, 2002, in Pennsylvania, California, United States. Her ethnicity is White -American and she follows Christian religion. Her nationality is American and her Zodiac sign is Sagittarius. She is the younger daughter of Erno Vertes and Jill Vertes alongside Raleigh and Charlotte Vertes.

Kendall began dancing at Rogers School of Dance at Pennsylvania and then later trained at Studio 19 Dance Complex. She attended dance under Abby Lee Miller and participated in the elite junior competition.

Kendall K Vertes began her acting career with help of her mother in television series Dance Moms. The series was a huge hit. She was slowly recognized in television industry all around the world. She alongside her mother continued playing roles in Dance Moms since the second season.

Kendall shifted from Pennsylvania to Los Angeles with her mother for the sixth season of Dance Moms. In 2015, Kendall began to enter her singing career. She announced her debut single called "Wear 'Em Out" and released it on April 21, 2015.

The song was loved by many people. Kendall earned her name in music all around the world. She has also appeared in many music videos with the maximum number of music performed by her Dance Mom teammates.

"Summer Love Song" of Brooke Hyland was released in the month of September 2012 in which  Kendall had a supporting role in the video. Kendall then also featured in the music video for "It's A Girl Party" which was also performed by her teammate named Mackenzie Ziegler or so-called Mack Z in April 2014.

Kendall Vertes appeared in many music videos for different artists. The music video for her debut single "Wear 'Em Out" was released on June 9, 2015, in the premiere of Dance Moms and her fans loved it as well.

On May 17, 2016, Kendall's current Dance Moms co-star as well as teammate named JoJo Siwa, released her debut single and music video called, "Boomerang" in which Kendall is also featured.

Kendall Vertes used to keep things towards herself only. There is no doubt a girl like Kendall might have a relationship with someone. But still, she is very young to have an affair as well as a boyfriend.

At the age of fifteen usually, no one has affairs and same goes in the case of Kendall as well. After gaining a huge amount of success in her career at a very young age she has well-managed her personal life not to share it with the media or the world.

By Kendall's appearance, she looks extremely beautiful girl. She stands 5 feet 5 inches tall and weighing 52kgs. She earns huge amount of salary with no doubt and managed to make net worth of $2 million which is very good seeing her age.