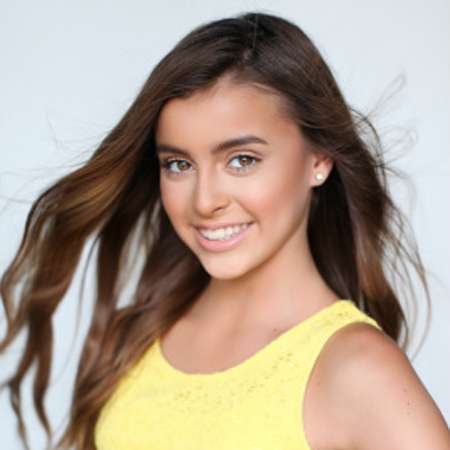 Kalani Hilliker is a dancer, television personality, and model and the daughter of another television personality Kira Girard. She is known most recently for starring in the series Dance Moms. Her rise to fame came after she participated in the reality series entitled Abby’s Ultimate Dance Competition.

Hilliker was born to father Matthew Hilliker and mother Kira Girard on 23 September 2000. Her nationality is American and her ethnicity is Caucasian.

She was born in Scottsdale, Arizona, and has a younger brother too. She started dancing at the mere age of 2 and has danced at many studios like Club Dance Studio, Abby Lee Dance Company, Master Ballet Academy, etc. she became part of a dance group called AKsquared in 2011.

They appeared on Shake it Up on the Disney channel. She also portrayed a small role in the ABC Family television series named Bunheads.

Kalani, however, rose to fame after competing in the second season of AUDC. She was starred in the show with her mother Kira. Her flexibility, natural look, and technique immediately made her popular in the eyes of the fans and also in the eyes of Abby. She made it to the final four of the show and was eliminated in the final week of the show.

She began performing for the ALDC, in the fourth season of Dance Moms. Kalani was starred in the show up until the mid-season finale and they stopped being seen on screen after she and her mum left the show. The reason for their departure from the show was primarily due to the reason that they were told to sign a contract to stay with the Dance Moms season for seven years.

Despite leaving the show, Kalani still appears as a member of the Junior Elite Competition Team for the fifth season. Her other appearances include performing music videos for her teammates. She was the final judge of Miss Teen USA 2017/18 edition. She is appearing in a web series Dirt as of August 2018.

Kalani Hilliker's estimated net worth is $1 million, as of August 2018. She is also an Instagram model and earns a decent amount from sponsored content.

She also makes her money by endorsing numerous brands. She has appeared in several Abby Lee Dance Company’s commercials.

As far as her personal life is concerned, she is a girl aged just 17 who has not had a long list of affairs. Peyton Meyers, a teen actor, was Kalani’s boyfriend before fame. They separated in a short time. Kalani’s present affair and relationship status are also not known to her fans. She has never been married and has no children.

Hilliker once dated Taiwanese YouTuber and artist Brandon Chang. The teen couple used to share their love through their social media.

She is active on her Instagram. She has 4.9 million + subscribers as of August 2018. Her Instagram is filled with her traveling, family, and dancing pictures.

The news about her present dating endeavors and her present boyfriend is not available to the general public.

Her mother Kira Girard is one of the Dance Moms who appeared in the hit Lifetime series. She first appeared on season 4 of Dance Moms. She has three children with three different men. Gerard is engaged to David Newman since 2015.

It sure can be hoped that Kalani too has a successful relationship the details of which will be easily available to the public soon.