Sibilly was born on September 5, 1987, in New York City, New York, the USA. An American by nationality, Johnny comes from a mixed ethnic background. The TV actor has not shared detail on his family members, but often his parents & sister on Instagram posts. 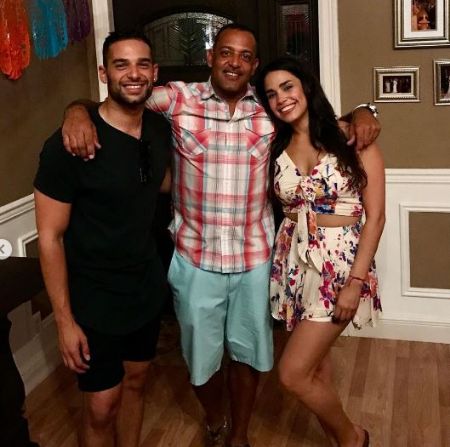 CAPTION: Johnny Sibilly shared a picture with his father & sister on Instagram the occasion of Fathers Day in 2020 SOURCE: [email protected]

Even though Johnny took LGBTQ acting classes in New York, but his natural on-screen expressions are indeed a reflection of acting interest since the early days. At the age of 26, Sibilly made his on-screen debut in 2013 through TV documentaries: Deadly Affairs and Celebrity Ghost Stories.

From 2014 to 2015, he worked as a talent wrangler in the reality TV show Project Runway All Stars (11 episodes). Between those years, Johnny made guest appearances in Law & Order: Special Victims Unit, My Crazy Love, Deadly Sins, Eye Candy, Hunting Season, Over My Dead Body, and Power. 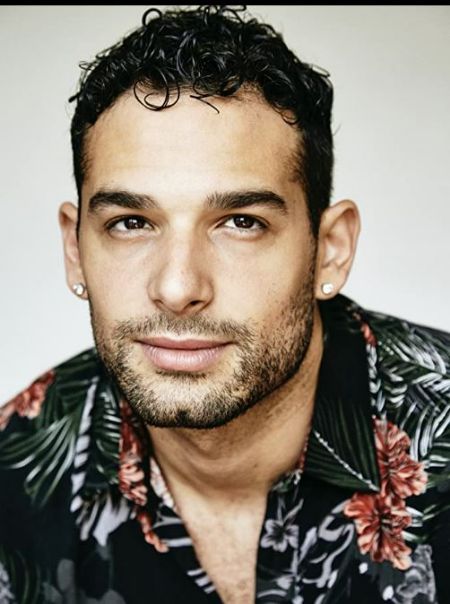 Having starred in the films: When I'm with You (2015) and The Closer (2015), the American actor got media attention after playing recurring cast Costas in the TV series Pose (2018-19). The drama series is about New York City's African-American and Latino LGBTQ and gender-nonconforming drag ball culture scene in the 1980s & 1990s.

In 2019, Johnny worked in the film Vanilla and made brief TV appearances in Matt and Dan and Liza on Demand.

Net Worth In 2021- Earnings From Acting & Social Media

With a professional career spanning more than 7 years, Johnny Sibilly records 18 acting credits that accounted him a considerable sum of money. As of early 2021, Sibilly has a $200,000 net worth. Aside from acting career with works, he also earns from social media endorsements on Instagram & TikTok.

On his Instagram (@johnnysibilly) with over 178K followers, Johnny has a partnership with Allswell Home (home decor), 8 OTHER REASONS (jewelry & watches), OraQuick - The HIV self-test & Smirnoff. According to Influencer Marketing Hub, the Pose actor can sum up to $536- $893 per sponsored post.

His TikTok account (@johnnysibilly01) has over 193.4K followers and a total of 2.6 million likes, where he got popularity for his progressive and comedic voice.

Is Openly Gay- Who Is Johnny Sibilly Dating?

Sibilly came out openly as gay shortly after hitting a TV screen appearance in the early 2010s. With popularity with on-screen venture & as a social media influencer, Johnny has grabbed quite a dense curiosity on his personal life, particularly about his relatioship to speak of.

Currently, Johnny Sibilly is in a relationship & enjoys a blissful dating life with his boyfriend Will Moroski. As per Moroski's Instagram bio (@willmoroski) with over 33.1K followers, he serves as senior product line manager for Nike. 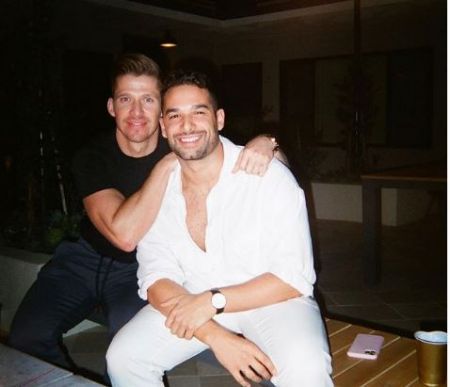 CAPTION: Sibilly and his boyfriend Will Moroski SOURCE: [email protected]

They are together for a long time but are yet to reveal the actual date. Reportedly, Sibilly and Moroski met at a brunch with mutual friends & instantly became friends.

They kept in touch & their friendship turned out romantic later but was in a long-distance relatioship. While Johnny worked as a New York-based actor, Will lived in Portland, Oregon.

Quite often, the Pose star features pictures with his boyfriend on Instagram & often mentions him on Twitter (@JohnnySibilly) where his followers count 41.6K (in 2021).

*yes I’m fine. I ADORE my most recent bf and he adores me too very much.

Until now, the duo is yet to get engaged or has revealed any plans for marriage. A dog-person, Johnny owns a French bulldog named Fin, whom he refers to as his child.