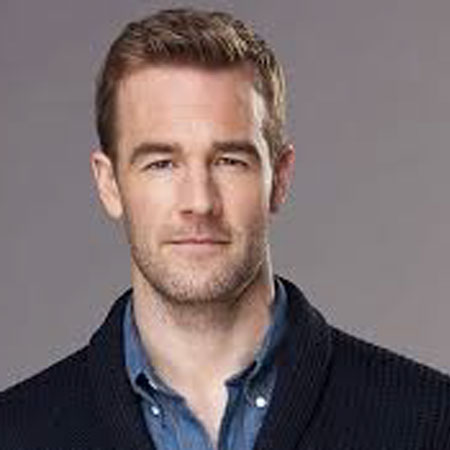 James Van Der Beek was born on 8th of March, 1977 in Cheshire, Connecticut. His father, James William Van Der Beek, is a cellular phone company executive and former professional baseball pitcher whereas his mother, Melinda, is a former dancer and gymnastics teacher. His parents raised him up with great compa s sion and care.

James Van Der Beek’s acting career took off in 1993 when he made his professional debut off-Broadway in the New York premiere of Edward Albee’s play “Finding the Sun” with the Signature Theatre Company. James Van Der Beek auditioned for three television pilots in 1997 and won the title role of Dawson Leery in the WB series Dawson’s Creek. The series syndicated worldwide and ran for six seasons.

Besides this, he starred in teen football drama Varsity Blues in 1999. The drama held the number 1 spot at the U.S. box office for its first two weeks. James Van Der Beek was awarded an MTV Movie Award for his role. He appeared in the role of Sean Bateman in the film adaptation of Bret Easton Ellis’ The Rules of Attraction in 2002.

A year later, in 2003, James Van Der Beek appeared again off-Broadway, briefly, in the play Rain Dance after he finished Dawson’s Creek. Moreover, he has appeared in several other films like Scary Movie, Texas Rangers, and Jay & Silent Bob Strike Back.  He also had a role on Ugly Betty.

In the year 2008, James Van Der Beek made a guest appearance as Simon on How I Met Your Mother. He won the Best actor at the eighth Annual San Diego Film Festival for his role of FBI agent Jake Kelly in Formosa Betrayed. Not only this, James Van Der Beek portrayed Kesha’s nemesis in her music video for “Blow “in 2011. He has been very successful as an actor during his entire career. He was last seen as Senior Field Agent Elijah Mundo in CSI: Cyber.

James Van Der Beek married actress Heather McComb on 5th of July, 2003. But the marriage could not last long and they finally separated in April 2009. On November 20, 2009, James Van Der Beek filed for divorce. After getting divorced from his first wife, he married business consultant Kimberly Brook on August 1, 2010. The marriage was held at the Kabbalah Center near Dizengoff Plaza in Tel Aviv, Israel. They are living a happy married life along with their four children.

James Van Der Beek stands tall and attractive with the height of six feet and an inch. His net worth is estimated to be $10 million acc u mulated from his high salary as an actor.