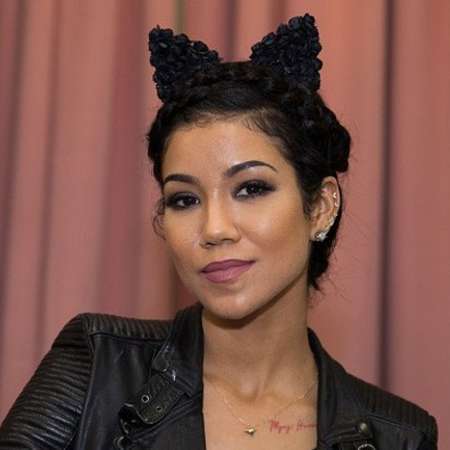 Jhene Aiko is known best for her singing and songwriting skills and has appeared and contributed vocals in several music videos for B2K. She started her musical career in her early teens as a vocalist for the R&B group B2K. she was also nominated for the Grammy Awards in three Categories in 2015.

She was born on 16th March 1988, under the birth sign Pisces. Aiko was born on Los Angeles, California to parents Christina Yamamoto and Dr. Karamo Chilombo and has siblings, older sisters Miyoko and Jamila.

Her sisters toured with Immature and were a part of the R&B group Gyrl. They had been signed also to MCA and Silas Records. Aiko’s ancestry includes African America, Spanish, Dominican, Native American, Japanese, German, Jewish and French descent.

Aiko was previously linked to the R&B group B2K and her associations with the band made her embark on a musical career. She was known to be the cousin of Lil’ fizz however so was not the case and it was done simply to promote Aiko and attract an audience into the B2K. Her album entitled My Name Is Jhene was set to release on 2003 through The Ultimate Group and Epic but the album was not released as she wanted to give more concern to her education.

After continuing with her education, Aiko returned to music by releasing her first full-length mixtape album on March 2011 which was named Sailing Souls. She signed a contract with the American Record producer No I.D.’s label Artium on 16th December 2011.

It was distributed through the Def Jam Recordings and also appeared in the single Beware by Big Sean. It also featured Lil Wayne and this single led her to rise into the Top 40 in the US Billboard Hot 100.

Her first project for Atrium was released on November 2013 and the album was entitled Sail Out. The singles 3:16 AM, Bed Peace and The worst also supported the album. The Worst became certified platinum later. Her major-label debut, Souled Out, was released by Aiko on 9th September 2014.

Moreover, she collaborating with A-listers in the industry including Drake, Snoop Dogg, Wiz Khalifa, Rae Sremmurd, Sean Paul, Beyonce, Jay-Z, and others.

Aiko has a net worth of 500 thousand dollars and her net worth is constantly on the rise owing to her advancement in music. She can be heard on sites like YouTube and is active also on several social networking sites.

Furthermore, she has managed to reside a luxurious life in Los Angeles, California, the United States which costs about $1.4 million.

As far as her personal life is concerned, Aiko is an evangelical Christian and was baptized at the age of 16. She started dating fellow R&B singer O’Ryan on 2005. When she was 20, Aiko gave birth to Namiko Love, her and O’Ryan’s daughter in November 2008.

This couple split on the same year. Amiko and Aiko came into the spotlight after being involved in a car accident in August 2013. Aiko suffered minor injuries while her daughter was fine.

Furthermore, She was involved in a relationship with a producer, Oladipo “Dot da Genius” Omishore, and got married in fall 2015. They revealed their secret marriage in March 2016. unfortunately, Aiko filed for a divorce in the next year.