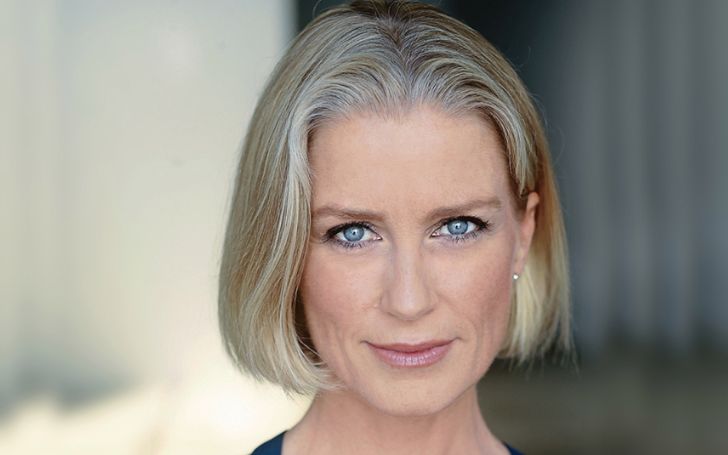 Jessica Tuck is an American actress who has been active in the industry since 1988 and has more than 130 acting credits in her name. Among all, she is very famous for her work in the  ABC soap opera One Life to Live as  Megan Gordon and in the CBS drama series, Judging Amy as Gillian Gray.

Jessica Tuck was born as Jessica Ines Tuck on February 19, 1963, in New York City, New York, the U.S. under the birth sign Pisces. She is of American nationality and belongs to white ethnicity. She has a brother named Matthew Tuck, however, the information related to her parents aren't out on the media.

Happy birthday, Matthew Tuck. I love you...even when you fart and blame it on me.

Talking about her education, she completed her schooling from Middlesex School. Later on, she joined Yale University to receive a degree in BS in Psychology.

Who Is Jessica Tuck Married To?

The 57 years old, Jessica Tuck's husband is Robert Koseff. They have been married for a long time; however, the detail of thier love life and wedding day is missing.

Together they have shared a daughter whom they have named Samara Barnes Hallam Koseff, born on March 24, 2003. The family of three is leading a happy lifestyle as we can see Jessica sharing the family picture frequently.

How Much Is Her Net Worth? Also, Find Her Career Detail!!!

Jessica Tuck has an estimated net worth of $3 million as of 2020 from her more than three-decade of her career. As an actress, she might be getting more than the average salary of $56000.

While talking about her career, she made her acting debut in the year 1988 from her appearance in the short video, Video Girlfriend. The following year, she appeared in the show,  Who Shot Pat? as Tish. After this, she has appeared in several TV movies, shows, and movies.

As of now, she is very famous for her appearance in the TV series, Upload as Viv. In he series, she has shared screen alongside Robbie Amell, Andy Allo, Zainab Johnson, Kevin Bigley.