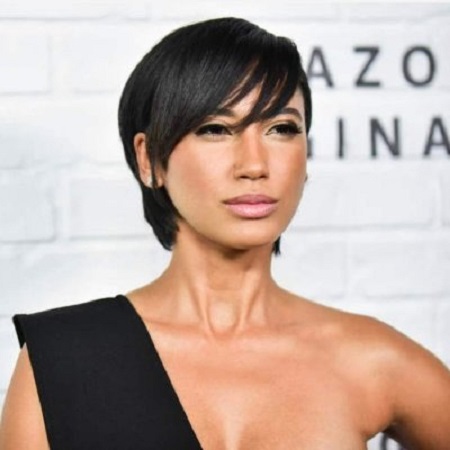 Andy Allo is a Cameroonian-American singer-songwriter. Likewise, she is also a successful guitarist and actress as well. She has released some of the successful albums like UnFresh (2009), Superconductor (2012), and many others.

Not only musicals, but the 31-year-old has been the part of some of the acting projects that include TV series and movies like Pitch Perfect 3, Chicago Fire, and a few others.

Well, in this article we will talk in detail about her career, relationships, and net worth as well.

While growing up, Allo developed an interest in music.  When she turned seven, her mother was the one who taught her to play the piano. 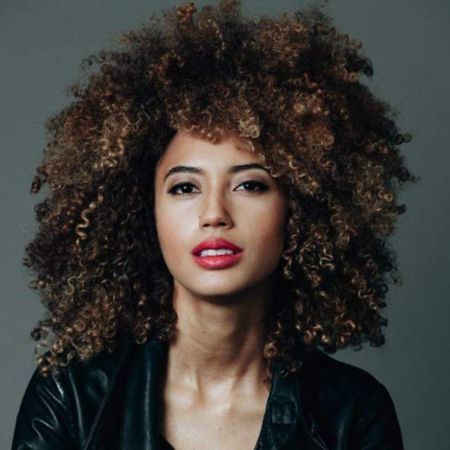 The youngest of five siblings, Allo went to PNEU school Bamenda, Cameroon. Allo who is both the United States and Cameroon citizen, moved to the United States with her sisters in 2000 at the age of eleven, joining three other siblings.

However, her Californian-born mother Sue, remained to her home town owing to her chronic fatigue syndrome. Talking about her father, her father Andrew Allo is an ecologist.

Later, she attended American River College in northern Sacramento County. It was during this time, she formed a band Allo and the Traffic Jam. With this band, she performed for tips on the corner of 22nd and J streets in Sacramento.

Allo began her professional life with her first solo gig in 2008, which was an open mic night at the Fox & Goose Public House in downtown Sacramento.

In 2009, she came up with her first independent album, a collection of 12 original songs, UnFresh. The album's first single, "Dreamland", features the rapper Blu.

With the success of her first album, Allo got a chance as a singer and guitarist in American musician Prince's band, The New Power Generation, in 2011.

Heat Advisory. Climate Change & Global Warming is real. TBH, even if you don’t think it’s “real”, wouldn’t you rather be safe than sorry when this is literally the only planet we have? Unless you planning to jump to Mars when this one goes to sh*t and in that case, save me a seat. Jk. But really. There is no planet B. Save nature. It’s cheaper. ——————— [📸 @danicacarver / 🧥👠 @desiraeramirezz]

Eventually, she collaborated with Prince in three songs Superconductor", "The Calm" and "Long Gone, both as a singer and writer. Released on 20 November 2012, Superconductor debuted at number one on Amazon.com's Soul and R&B charts in France, the United Kingdom, and the US.

Apart from Prince and Andy, the album also features musicians like Maceo Parker and Trombone Shorty. Likewise, she again worked with Prince in the 2014 album Art Official Age, in "Breakdown."

In 2015, she again made an appearance in Prince album "Rocknroll Loveaffair" in Hit n Run Phase Two, and it also includes "Xtralovable.  In October 2014, she dropped her first single "Tongue Tied".

Apart from songs and albums, Andy has also appeared in some movies and TV shows. She made her acting debut in 2017, appearing in Pitch Perfect 3, where she played the role of Serenity.

Following this, in 2018, she made an appearance in the TV series Black Lightning, where she played Zoe B. In 2020, she became the part of two TV shows Chicago Fire, Upload, where she played Lieutenant Wendy Seager and Nora Antony respectively.

Talking about her personal life, she is not married. Also, there is no reported relationship of Andy as of 2020.

Since she has not admitted of dating anyone, it is safe to say, she is single at present.

As of 2020, Andy has a net worth of $1 million. She makes a major part of her money from her career as a musician. Along with the sales of his album, she also earns from concerts and gigs.

Besides, she also adds to her wealth from her profession as an actor.