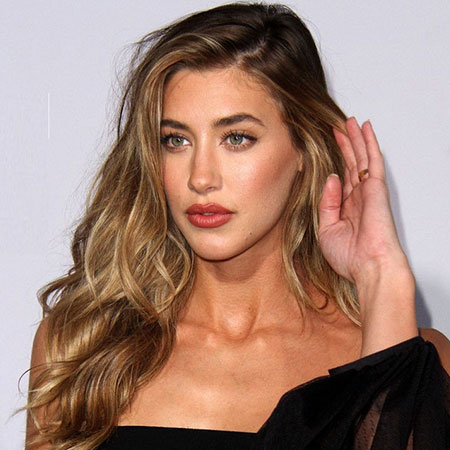 Jessica Serfaty is a professional American model and actress. She grabbed fame after appearing as a contestant on cycle 14 of America's Next Top Model (ANTM). She has worked for many well-known brands and companies like Doritos, Toyota, and McDonald. Her work in many movies and TV series brought her further popularity.

Jessica Serfaty was born on 4th April 1991, in Little Rock, Arkansas. She holds American nationality and belongs to the American ethnic group Cajun. She is of French descent. Information about her sibling and parents are still unavailable.

She spent most of her childhood days in Arkansas, where she also completed her schooling.

Jessica Serfaty started her modeling career in 2010 competing in cycle 14 of the model-hunt reality show America's Next Top Model (ANTM). With an immense potential and unique style, Serfaty emerged as a promising model. Following the show, she got modeling offers from many top brands.

Furthermore, Serfaty has modeled for a number of big brands like Doritos, Toyota, and McDonald. She became the recognized face in the modeling arena after she attended some campaigns for Los Angeles-based Nous Model Management.

Subsequently, Serfaty featured in Dan Balan’s music video Justify Sex. In 2011, she made an appearance on the reality-style series Axe: Dirtcathlon. A year later, she scored her first acting role in the small movie Faith. 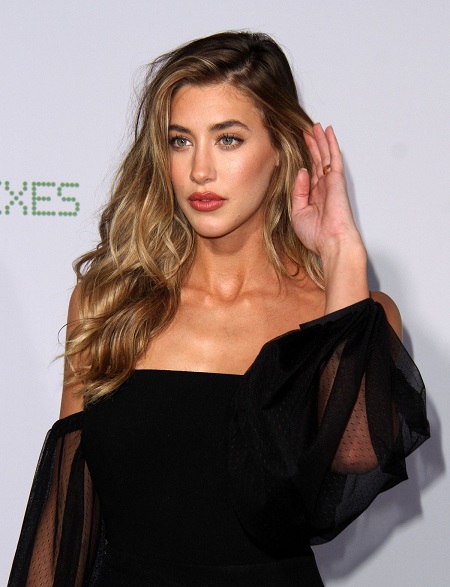 Jessica later worked in many projects, which include Blood Brothers, FML, and horror movie Ryde. Her frequent involvement with Vine star Logan Paul for some YouTube videos also brought her into the limelight.

Net Worth and Income Sources

Jessica Serfaty has a net worth of around $1 million as of 2019. She primarily earns money from her modeling and acting career. Moreover, she has over 754k followers on her Instagram, which also plays a vital role in her earnings.

As a model, Serfaty's annual salary is around $87,000. She currently owns a house in West Hollywood, California, however, the details of her house is to be disclosed.

Jessica Serfaty was a married woman once but currently lives happily with her fiance Kaan Gunay. The model announced her engagement with her boyfriend Gunay on June 19, 2019. She documented the day with a series of photos flashing her engagement ring on her Instagram. The couple dated for a few months before Gunay popped the question to Serfaty.

Before, the blonde model was in a brief relationship with Gossip Girl alum Ed Westwick. The couple started dating in May 2017. The actor reportedly popped the question to Jessica even before he was accused of sexual harassment by three women. In November 2017, the actor was accused of rape by two women. Vehemently, Ed denied all charges.

In July 2018, all the charges against Ed were dropped after prosecutors didn't find any solid evidence against him. After that, Serfaty posted a photo of her boyfriend on her Instagram showing her support and love towards him. She wrote: "Very happy for this man. After everything, justice was served," in the caption.

Despite Serfaty's staunch support toward him, the couple split in October that year. Serfaty's personal life is full of ups and downs. In 2008, she married Arkansas-based property manager Ididia Serfaty. Serfaty first met her future husband Ididia at a church when she was 16.

The model gave birth to their first child, a son named Roman Serfaty, on September 2, 2008. The lovebirds were leading a healthy relationship until Jessica made her way to Los Angeles to pursue her career in modeling, in 2010. Ididia also went there to live with her.

Upon his arrival, her professional commitments promptly began creating anomalies in their married life. They divorced in 2013 although Ididia still had hopes of a reconciliation. They agreed to share the custody of their lonely child following their divorce. But, due to her tight schedule, Jessica handed the full custody of the child to her ex-husband.

Sources reported that the model often visits her son in Arkansas. But, Ididia accused Jessica of being a bad mother as her visits to Arkansas had reduced drastically.

Besides, Serfaty was also linked with numerous singers like Niall James Horan, Joe Jonas, as well a Justin Bieber.