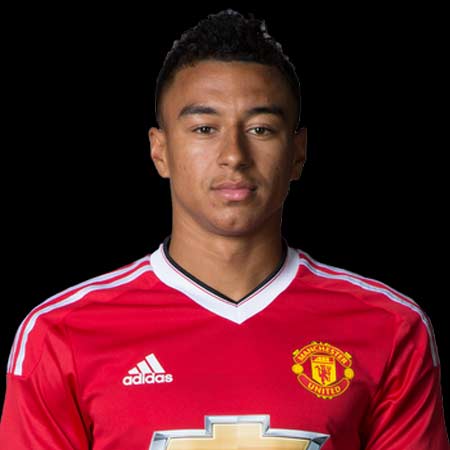 A product of Manchester United's youth academy Jesse Lingard was included in the matchday squad of United when he was just eighteen years old. However, he had to wait another three years to make debut in the first team followed by a series of loan spells to championship clubs. After few glimpses of his ability in United's shirt in past seasons finally from 2018 he is adding more consistency to his game. His scoring form in Manchester United shirt has increased in 2017/18 season, followed by a mega contract. Jesse Lingard is a pacey striker who can also play in either of the two wings or as attacking midfielder. Regarded as one of the young prodigies of English soccer he is included in 23 man squad to represent England national team in FIFA Worldcup 2018.

Jesse Lingard was born on 15th December 1992 in Warrington, England. He attended William Beaumont Community School situated between Liverpool and Manchester. From the beginning, he was the most skilled left-footed player among his schoolmates.

While still 18 years old he was picked by Sir Alex Ferguson in the matchday squad in league cup quarter-final against Crystal Palace.  He then had to wait three years before making debut for Red Devil's first team.

In between, he went to loan with Leicester, Birmingham, Brighton and Derby County. He made his competitive debut for Manchester United on the first match of 2014/15 season against Swansea City. However, he was substituted due to injury and was sent to Derby for rest of the season.

Lingard started 2015/16 with the Manchester United team. He scored his first league goal in a 2-0 win against West Bromwich Albion. He then again scored against Newcastle United on 12 January 2016.

During the season his goalscoring ability improved compared to his loan spells. He finished the season with six goals in all competitions. He was also one goal scorer for United in the final of 2016 FA cup against Crystal Palace.

Play For The Shirt We Fight Until The End #ManchesterIsRed

Lingard's second full season at first team of Manchester United started with a goal in 2016 FA Community Shield against Leicester City in a 2-1 win. 2016/17 season was not productive in terms of goals for Jesse Lingard as he only scored one goal in the league.

However, in 2018/19 season his form improved compare to his past seasons and scored eight goals in the league and thirteen in all competitions.

Apart from senior team appearance for England's National team Jesse Lingard has also featured in under 17 and under 21 ranks for the national team. He came off the bench to score the winner in 2015 European Under 21 Championship against Sweden in group stage match. 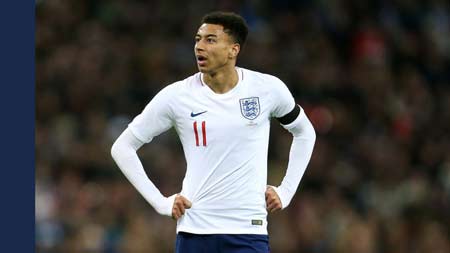 Jesse Lingard received his first senior call-up for England in the match against France in 16th November 2015. But he was an unused substitute in the game. He was again called up to feature for the National team in World Cup 2018 qualifying match against Malta and Slovenia in October 2016.

He made his debut against Malta in a 2-0 win and scored his first goal for England's National team on 23rd March 2018 in a 1-0 win against the Netherlands.

He is also included in England's 23 man squad for FIFA Worldcup 2018 Russia.

Jesse Lingard signed a new contract for Manchester United in 2017 and his salary increased from $33,184 to $132,747 per week. Many people criticised United's wage bill as a substitute in the team like Jesse Lingard earns more than Juventus hitman Paulo Dybala. And if he would be at Spurs he would be among their top three earners. He also endorses Addidas brand.

Jesse Lingard's estimated net worth as per 2018 is $8 million. He has various cars upon his service which includes new Bentley Continental GT, $160,000 worth Range Rover and almost 100,000 worth Mercedes C63AMG.

Jesse Lingard is not married yet. From his academy years at Manchester United, he was in a relationship with Emma Hyde. Both of them were living together and Emma says it was her who paid the bills of the apartment when Lingard received nominal money as salary.

According to Hyde, Lingard dumped her as he started to earn more money at the club. She also said that he took the car which once he gifted her. After the break up he was in a relationship with model Jena Frumes. Both of them met during Lingard's time in the United States.  But the pair could not maintain their relationship as they broke up in March 2018.

Jesse Lingard considers the reason behind wearing jersey no.14 is his respect towards his idol Thiery Henry. He also considers another legend Andres Iniesta as his idol.