Did Jesse Williams Divorce his Wife for Minka Kelly? Complete Details about the Divorce and the New Affair! 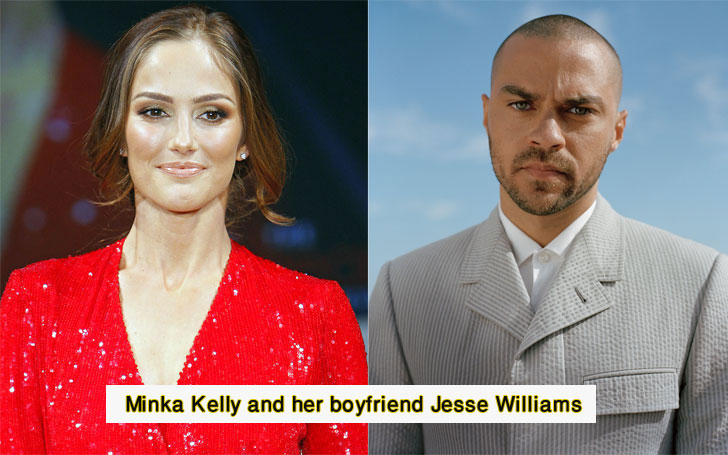 Jesse Williams is an American actor and a model; known for his role as Dr. Jackson Avery in Grey’s Anatomy. The 35-year-old actor Williams is currently in a romantic relationship with Minka Kelly, they are reportedly dating since the last few months.

The Chicago-born actor stayed in a married relationship with wife Aryn Drake-Lee for about five years and filed for divorce in 2017.  Is Williams’ affair with Minka the reason for Jesse Williams divorce? Let's find out!

It’s been only four months since Williams has filed for divorce from his five-year-long wife Drake-Lee and the news about his new romance is everywhere on the internet. Williams and Minka Kelly's romance making quite the stir in Hollywood.

The news of Williams’ new affair comes just after he sang about his bitter split from real estate agent wife Lee in a video entitled Footnotes for rapper Jay-Z’s new album 4:44.

Jesse Williams and Minka Kelly aren't just personally involved, but professionally as well. They recently did a video game voice over together. Talking about the couple, a source close to them says:

they are having a good time together.

They met each other on the sets of their 2013 film Lee Daniels’ The Butler, however, they started seeing each other just before New Year 2017, say sources. There are speculations that these two had an affair while Jesse Williams was still married, and this affair was the reason why he fell out with his wife. But, since there is no concrete evidence, speculations might never turn to facts.

Jesse Williams' dating history doesn’t make a long list. As per some online sources, he involved in only two relationships so far which also includes his current affair with Minka. Prior to his affair, Williams stayed in a married relationship with wife Aryn Drake-Lee.

The Band Aid’s actor Williams was engaged to Drake-Lee for over two years before getting married on 1st September 2012. They began dating after getting together in 2007 and after dating for around two long years, they became engaged in 2010. The couple has two children together, but that couldn't keep their marriage from going downhill.

Actor Jesse Williams and Aryn Drake-Lee with their child

The lovebirds couldn’t reconcile their mutual dispute and the Williams filed for divorce in April 2017; their divorce is yet to be confirmed.