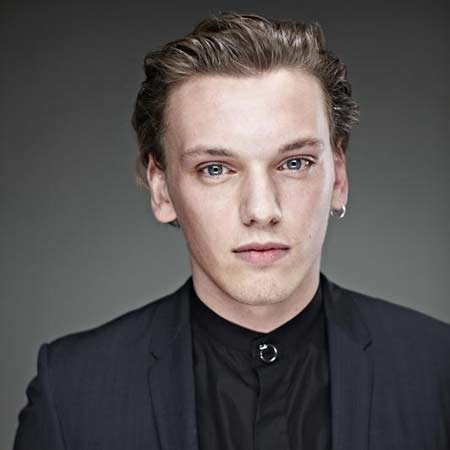 Campbell was ranked ninth in the list of ’50 Sexiest Men’ of 2013 by ‘Glamour Magazine.’ He is also the lead vocalist, and guitarist as well as a founding member of the band, Counterfeit.

Bower was born to Anne Elizabeth, a music manager, and David Bower, a  worker at the Gibson Guitar Corporation. His maternal great-great-great-great-grandfather, Late Sir John Campbell was Lieutenant Governor of Saint Vincent and the Grenadines.

Bower went to the Beadles School in Hampshire. During his time in school, he auditioned for Harry Potter but failed to make it to the finale. Later, he became a member of the National Youth Music Theatre and the National Youth Theatre.

Jamie Campbell Bower began his professional career as a part-time model after his friend Laura Michelle Kelly suggested his name to an agent. He worked with Select Model Management in London.

Bower debuted on the silver screen in the 2007 British-American musical period horror film, Sweeney Todd: The Demon Barber of Fleet Street as Anthony Hope. The following year, he worked in two movies, RocknRolla, and Winter in Wartime.

Bower also made his television debut through the 2009 six-part television miniseries, The Prisoner. The same year, he also played Caius Volturi in the American romantic fantasy film, The Twilight Saga: New Moon.

Bower then made his appearances in a number of movies, such as Harry Potter and the Deathly Hallows – Part 1, London Boulevard, The Twilight Saga: Breaking Dawn – Part 1, The Twilight Saga: Breaking Dawn – Part 2, whereas his television credits include Camelot and Will. He was also featured in the 2012 music video for "Never Let Me Go" by Florence + The Machine.

In 2014, Bower was nominated for Teen Choice Awards under Choice Movie Actor: Action for his performances in the 2013 Canadian-German urban fantasy action-adventure film, The Mortal Instruments: City of Bones.

In 2015, Bower made his stage debut with Bend It Like Beckham. He then co-founded an English punk rock band, Counterfeit, and served as the lead vocalist and guitarist in the band. In March 2017, the band released their first album; Together We Are Stronger.

The versatile actor Bower’s estimated net worth is believed to be more than $3 million, as per various online sources. As per some online sources, the lead star from the TNT series, Will collected $150k per episode. He has appeared in dozens of TV shows collecting a  good sum from his ventures.

Some of Bower’s successful movies are listed below,

Jamie Campbell Bower is possibly single, but previously he was linked to several girls. He was in a relationship with fashion designer and actress, Zoe Graham for two years until 2009

Bower then got engaged to British actress, film director, screenwriter, and producer, Bonnie Wright. They first met in 2010 on the set of Harry Potter and the Deathly Hallows - Part 1. After a year, he proposed to her in April 2011 and called off their engagement on 30th June 2012.

Break up with Lily

Soon after his break up with Wright, Bower had an affair with model Matilda Lowther. They started dating in 2013 and broke up in 2017. They even attended the 2017 London Fashion Week in matching dress which was all-black ensembles.

Bower was also linked to British-American actress, model, and writer, Lily Collins before calling it quits in October 2015. They even starred together in The Mortal Instruments: City of Bones, which was released in 2013.

As of 2018, there was a rumor that Bower and Lily patched up as they re-followed one another on Instagram, and were also spotted in several places. However, no official confirmation has come about their reunion.

Bower shared a good bonding with his Mortal Instruments co-star Kevin Zegers and Edi Gathegi. He is also a good friend of the actress, Laura Michelle Kelly who introduced him to her agent.

Bower also has been interested in music and is a great music fan. One of his favorite songs is Marlene by Lightspeed Champion. In 2009, he attended Burberry's return to the London Fashion Week catwalk.

Below, we present the interview of Jamie Campbell Bower