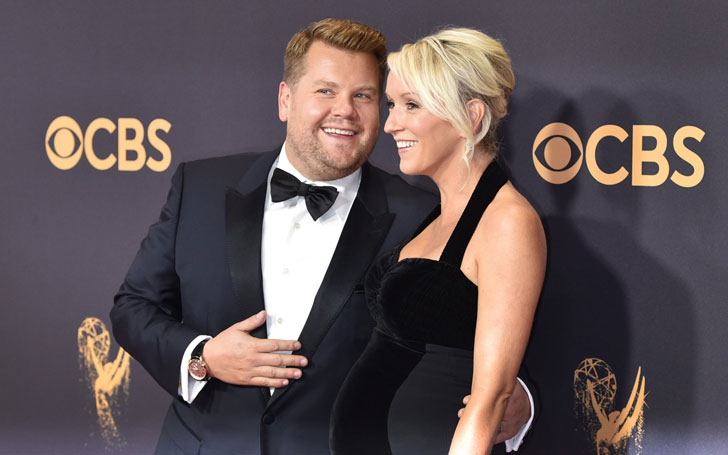 It's baby number three for James Corden and Julia Carey.

The Late Late Show host James Corden and wife Julia Carey have welcomed their third child together on Tuesday, December 12.

Corden, 39, took to Twitter to announce the birth of his third child, a baby girl Tuesday afternoon. Corden wrote,

Today we welcomed a beautiful baby daughter into the world. Both she and her mother are doing great. We can't stop smiling. Thank you Harry for stepping in to host the show at 2 and a half hours notice! x x x.

The couple's representative confirmed they were expecting third child together in July, however, he didn't disclose the gender of their child then. Later in September, Corden revealed a baby girl will be joining their two children, Max, 6, and daughter Carey, 3, to Mario Lopez when the couple appeared in the 69th Primetime Emmy Awards. Corden said,

She'll be arriving Christmas-we're very excited. It will be great, lovely. We're having a little girl, it's going to be terrific.

I'm here with my wife and she's five months pregnant, so it's mostly just thinking of places that I could hide snacks. Because she's gonna get hungry every seven minutes... It's just I will face the wrath if she's not fed.

Corden and his actress wife Carey have been married since September 2012. The lovebirds exchanged their vows in a star-studded lavish £ 250,000 wedding ceremony. The couple had already welcomed their first son, Max (March 22, 2011) before they tied the knot while their baby girl Carey was born on October 27, 2014.