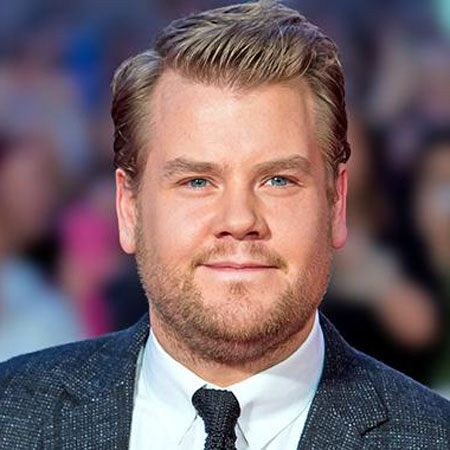 James Kimberly Corden is an English comedian, actor, singer and television host, well known for his appearance as a host for The Late Late Show with James Corden, a late-night TV talk show on CBS.

James Corden was born on 22 August 1978 in Hillingdon, Greater London. He was born to Malcolm Corden and Margaret Corden. Corden's mother was a social worker and his father was a musician in the Royal Air Force band.

He was raised in Hazlemere, Buckinghamshire. Corden is a Caucasian in ethnicity and holds British nationality. He joined Park Middle School and Holmer Green Upper School. Corden also has an older sister named Andrea Henry, and a younger sister, Ruth Corden.

Corden made his first stage appearance at his young age of eighteen with a one-line part in the 1996 musical, Martin Guerre. His previous television credits included Boyz Unlimited in 1999, as Gareth Jones. He also featured in Tango advertisements and also portrayed a bookish student in Teachers.

In the year 2000, Corden had a small scene in an episode of Hollyoaks. He also made his guest-appearance on Little Britain and Dalziel and Pascoe; both in 2004.

From 2000 to 2005, Corden featured in the British television series, Fat Friends. He portrayed as Jamie Rymer and won a nomination for the 2000 Royal Television Society Award for Network Newcomer.

In early 2004, he portrayed the role of Timms in the original London stage productions of Alan Bennett's play, The History Books.

From 2007-2010, he co-starred in his own series, the BBC three sitcom, Gavin Stacey. Corden co-wrote the series along with his Fat Friends co-star Ruth Jones. The series became popular and received good reviews.

During two years and seven months running of Gavin & Stacey, his professional endeavors outside the successful series proved somewhat chequered. He also appeared as a guest-host at Big Brother's Big Mouth, with Gavin & Stacey co-star Mathew Horne in 2007.

In 2010, James Corden started hosting the SKY1 comedy/sports panel show, A League of Their Own along with team captains Jamie Redknapp and Andrew Flintoff. In March 2010, he presented Sports Relief 2010 with Davina McCall and others and credited a 'sequel' to the 2009 England football team sketch.

One Man, Two Guvnors, and other projects

In 2011, James Corden represented the 2011 Brit Awards. In March, Corden reprised his Gavin & Stacey role as Smithy in a Red Nose Day sketch for the charity telethon, Comic Relief. The sketch had appearances by then UK Prime Minister, Gordon Brown, Justin Beiber, Paul McCartney, and JLS.

The sketch got positive reviews from critics and highly considered as the best sketch of the night. In June 2011, Corden portrayed the lead role in the comedy play One Man, Two Guvnors. The play was aired worldwide as the  National Theatre Live cine casts, and transferred from the National Theatre to the West End after touring.

On 8th September 2014, Corden was appointed to succeed Craig Ferguson as the host of American late-night talk show, The Late Late Show on 23rd March 2015.

Jams Corden is a married man. He married Julia Carey on 15 September 2012. The couple met through Corden's flat-mate, Dominic Cooper(actor), who had known Carey for three years.

Since their marriage, the couple shares two children, a daughter Carey Corden(born 27 October 2014), and a son Max Corden(born 22 March 2011). The couple is expecting one more child in December 2017.

Besides his married life, Corden is very fond of football and is a big supporter of Premier League football club, West Ham United.

James Corden earns a decent amount of money from his careers as an actor, comedian, singer and television host. As of 2017, his total net worth is estimated to be $12 million.

One of his most watched movie, In the Woods made $213 million worldwide. In 2015, Corden appeared as a host for The Late Late Show; he signed $2 million worth contract for the first year. In August 2015, he signed a two-year extension contract till 2020 with the additional amount of $3.9 million.

In 2015, Corden rented a house for Ł18,000/month. The house has five bedrooms, seven bathrooms, and two swimming pools. After a year, he left the mansion and moved on to new mansion worth $24 million.

He shifted to the new house after achieving a huge success as a host of The Late Late Show. He rented the house for $64,000 per month. The new house has six bedrooms and seven bathrooms, private gym, ocean views and an infinity pool. Additionally, the house also has a professional kitchen with chefs.