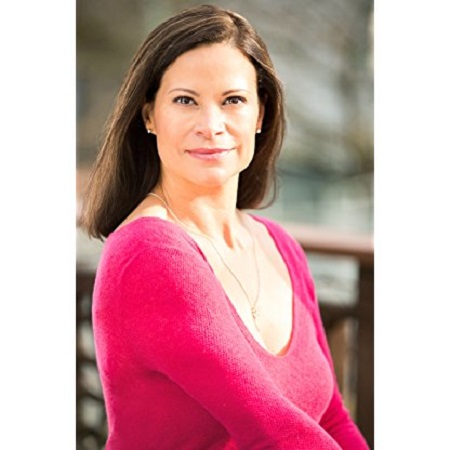 Jacqueline Samuda is a popular Canadian actress, writer, and director, widely known for her performance as Nirrti in television series, Stargate SG-1. Besides this, she is widely known for appearing in Once Upon a Holiday, Saved, Smallville, See Grace, and so on.

How Old Is Jacqueline Samuda?

Jacqueline was born on 25th October 1962, in Ottawa, Ontario, Canada. The 57 years old actress belongs to Canadian nationality, and her ethnicity is white.

Jacqueline spent her childhood growing up in Canada and the United States of America. She has seven siblings; six sisters and one brother.

She studied at York University and graduated with a B.F.A. Degree in Performance.

Jacqueline is 5 feet 7.5 inches tall and has an average height. Her body is inverted triangle shaped. Brown hair and brown eyes are her distinctive characters.

Who Is Her Husband? Children?

The 57 years old actress is a married woman. Just like how her successful professional success, her personal life is also equally prosperous. She enjoys a healthy marital life with her husband, Rob Riley.

As per sources, Jacqueline and Rob exchanged the wedding vows in 2005. Now, it has been around fifteen years since they got married and has been happy together. They have neither been on the headlines for extra-marital affairs nor controversies.

The lovely pair has two kids together, both sons. The name of their sons is Griffin Riley and Christian Riley.

The 5 feet 7.5 inches tall actress started her professional acting career in 1985, portraying the role of Linda in television series, Shock Chamber. Since then, she has worked in a dozen of series like Street Legal, Counterstrike, Adderly, Stargate SG-1, Night Visions, First Target, To Catch a Killer, Wolf Lake, The L Word, Arrow, Smallville, Bionic Woman, Saved, Once Upon a Holiday, Wasted, and so on. 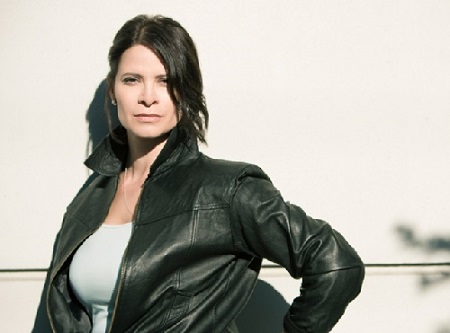 CAPTION: Jacqueline is an actress, writer, and director SOURCE: All Star Bio

Likewise, Jacqueline made movie debut in 1988, appearing as Mara in the movie, A New Life. In the following year, she acted as a woman cop in Renegades and as Bride in Speaking Parts.

Until now, she has worked in many films like Making Contact, Edison and Leo, See Grace Fly, Jam Space, Sub Zero, Stargate: Continuum, 50 Questions, The Arrangement, The Adjuster, and many others.

She has served as a writer and director for 50 Questions.

Actively working in Hollywood for over three decades as an actor, director, and writer, Jacqueline has been able to collect a net worth of $3 million. A year ago, her worth was $2.5 million. As an actress, she earns $50 thousand annually.

It won’t be wrong to claim that she and her husband earn enough to maintain a comfortable lifestyle along with their kids.