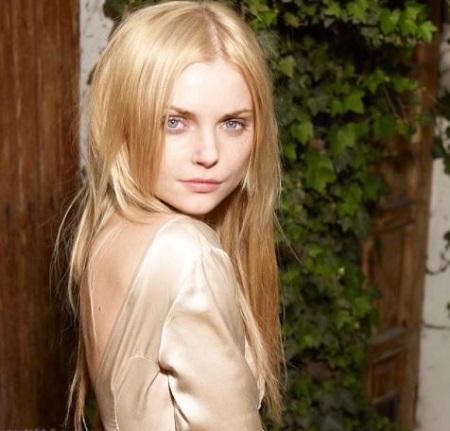 Izabella Miko is a Poland actress and dancer who moved to America at the age of 15 with her mother to follow a career in dance. She is well known for her appearances in the movies like Coyote Ugly, Save the Last Dance 2, Clash of the Titans, Step Up: All In, and Frontier. She is also a skilled aerialist performer and is known to be amazing in trapeze. She was ranked #48 by maxim on maxim’s hot 100 women of the 2000 to 2010 decade.

Izabella Miko was born Izabella Anna Mikolajczak on 21 January 1981, in  Lodz, Poland to Grazyna Dylag and Aleksander Mikolajczak. Her family also belongs to the entertainment industry. She has a brother named Sebastian Mikolajczak.  She grew up in Warsaw.

Miko attended Chopin Music School. Later on, she was invited by an American choreographer to study in New York. She also attended Lee Strasberg Institute and majored in acting.

Izabella Miko started her career in acting in the year 1988 after appearing in the movie Pan Kleks w Kosmosie. Later, she appeared in the 1991 movie named Niech zyje milosc where she portrayed the role of Kuba's Daughter.

After nearly ten years, she notably appeared in the 2001 vampire horror film The Forsaken where she played a role of a young woman infected by a vampiric virus. In 2006 Miko got the main role in Save the Last Dance 2, replacing Julia Stiles.

In the 2000s she appeared in several independent movies including Park, Flakes, Dark Streets, Double Identity, Age of Heroes, Step Up: All In, Desert Dancer. As of 2018, she starred in the movie named The Rake as Ca s sie.

Check out my interview...:-) #Repost @soulsofsociety “What’s your greatest pa s sion?” “Spreading joy and happiness. Teaching people how to find happiness within themselves without relying on the outside circ u mstances, because that’s true happiness. I know it’s possible. I’ve been experimenting with different techniques, meditations, and ways of living and I want to share that with the world. It’s almost like, I don’t want anyone else to go through years of trying to figure things out. It’s not that I wasted time, an incredible growth came from it, but I’m very pa s sionate about sharing my own trials and errors with the world, to lessen the struggle for others.” . . . #soulsoflosangeles #souls #love #streetphotography #portraits #makeportraits #portraitphotographer #portraits_ig

Along with the movies she has also worked in a number of television shows. In 1993, she made a television debut in miniseries titled Kuchnia Polska.  Miko received huge attention in 2011 after appearing in The Cape and Love Bites. Some of her latest tv series are Supernatural, Blue Bloods, Chicago Fire, The Mick, and Twoja twarz brzmi znajomo.

She has shared the screen with the stars such as Elias Koteas, Sam Worthington, Gemma Arterton, Mads Mikkelsen, and many more.

What Led Her To Quit Dancing?

Before acting, The Cape star was obsessed with dancing. She started at a very young age and was already recruited at the National Ballet School in Warsaw by the time she was only 10. Though she was very good at dancing her body had some flexibility limitations.

Despite that, she worked very hard and at the age of 15, she was offered to go to New York on full scholarship and study at the School of American Ballet. Unfortunately, her body could not stand the pressure of constant practice and flexibility training and in 1997 she suffered from a series of injuries to her vertebrae, knee, and ankle injuries, sadly, ending her career as a ballet dancer.

Net Worth And Earning

Miko earns a decent amount of money from her career. As per the Celebrity Net Worth, her net worth is estimated to be $4 million. Her acting career is her main source of income, besides, she is also involved in music videos, endorsements, and commercials.

Izabella appeared in the remake of Clash of the Titans in the role of Athena. The movie made with a budget of $125 million acc u mulated a tremendous amount of $493.2 million at the box office.

Personal Life-Is She Married Or Dating?

The charming and good-looking actress is not married yet. She has managed a low-key dating life and nothing is known about her boyfriend and relationship status.

Prior, she was linked to Maciej Zakoscielny in the year 2006. He is also a polish actor. The former couple dated for nearly two years and separated in 2009.

After a year, Miko starred in the movie Double Identity opposite American actor Val Kilmer and the on-screen couple turned into real-life lovers.  They, however, after being in a relationship for three years broke up in 2012.

Miko was also linked to actor Alexander Skarsgard who starred in HBO hit series True Blood. The pair never confirmed having an affair.

As of 2021, she seems to be single and enjoying her happy life with her family.