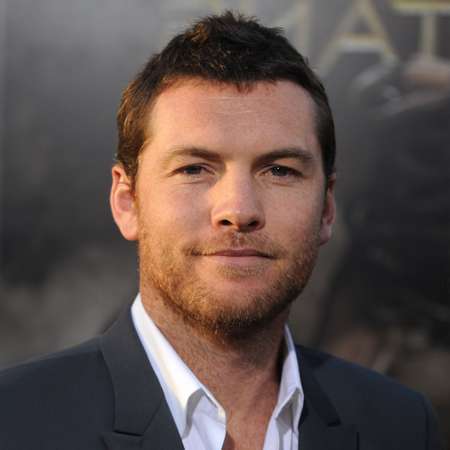 Sam Worthington is an English-born Australian actor born on August 2, 1976, in Godalming, Surrey, in South East England. He along with his family moved to Perth when he was six months old. He was raised in Warnbro, a suburb of Rockingham. His father Ronald w. Worthington was a power plant employee and mother Jeanne was a housewife.

Sam Worthington went to John Curtin College of the Arts, a school specializing in the dramatic arts, where he studied drama but did not graduate. He auditioned for the National institute of Dramatic Art when he was 19 and was accepted; then he started his acting career. Sam made his film debut in the highly acclaimed Australian movie Bootmen, a movie about a troop of tap dogs. After doing some minor roles in A Matter of Life and Hart’s War he was again cast in yet another hailed Australian drama Dirty Deeds.

Sam Worthington again appeared in another Aussie movie Getting’ Square but it wasn’t until 2004 that he got his big break after he was offered the starring role in Australian drama Somersault. The movie was a massive hit and made a clean sweep of the Australian Film Institute awards; winning 13 film categories along with Best Male Actor. Sam’s career took off internationally when he featured in James Cameron’s Avatar as Jake Sully in the year 2009.

Sam Worthington soon became a household name, starring in high profile films Texas Killing Fields, Clash of the Titans, Man on a Ledge, and Wrath of the Titans. Sam also voiced for the call of Duty: Black Ops video games. In 2010, he started a production company named Full Clip Productions, with his two friends Michael and John Schwarz. The company prints two graphic novels Patriots and Damaged teaming up with Radical studios.

Sam Worthington's mother suffered from ovarian cancer which was a very difficult time for him. He even said in an interview, "In Australia, one woman dies from ovarian cancer every 10 hours. Mum’s cancer battle  is struck at the heart of life and death for me”.

Sam Worthington was in a relationship with gorgeous actress Maeve Dermody and they broke up after three years of dating each other. Later, he also had an affair with Natalie Mark until 2011. On October 18, 2013, Sam confirmed rumors of detaining fellow Australian model Lara Bingle. The couple got married on 28th December 2014 and welcomed their first child Rocket Zot in 2015.

On June 2016, the couple confirmed that they were expecting a second child. The couple did go through a lot of in their relationships including their police case filed against each other.  However, they both sorted things out and gave each other the second chance.  Currently, he is living happily with his wife and children.

Today Sam Worthington is one of the most appreciated and talented actors and it is only because of his pure dedication towards his work. Currently, his net worth is estimated at $12 million which would obviously rise because of his dedication in his upcoming movies.