Is Orange is the New Black's Uzo Aduba in a Relationship? Is She a Lesbian? Find out 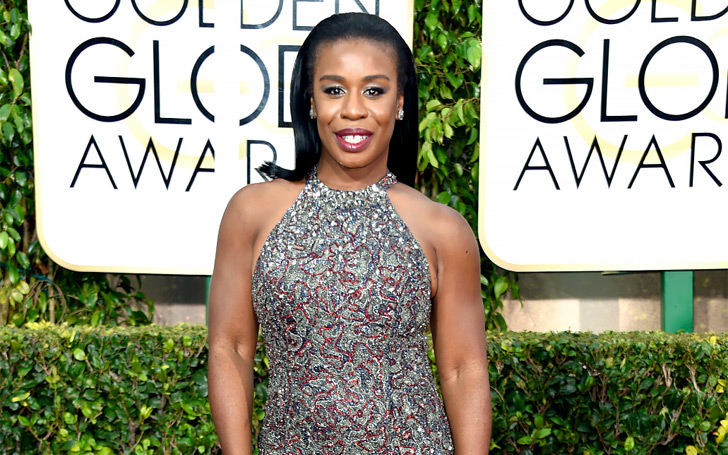 Orange is the New Black star Uzo Aduba has been very successful in her and honored with many awards. But in contrast to that, her love is a total mystery along with her sexuality, even though there are some rumors that she is dating the American actor and singer Leslie Odom, Jr. She currently filming the comedy movie Candy Jar along side Christina Hendricks, Helen Hunt, Sami Gayle, Jacob Latimore.

What is the truth behind the relationship of Uzo Aduba and Leslie Odom Jr.? Let's find out the facts. And who is the guy she was with on the SAGs award 2016?

According to some sites, Aduba and Odom have been dating since 2013.  That's just some unreliable rumors going around as news you shouldn't trust!

Odom is a perfectly happily married man, and these two are in real just friends!

Well, so if it's not Leslie Dodom, who is Aduba dating? The media says it's someone Aduba took as a date at the 2016 SAG awards! Who is it?

The award-winning actress from Orange is the New Black, Aduba, had a date at her 2016 SAG awards which got the media talking if he was the new man in her life?

Aduba won two awards at the 2016 SAGs, and was seen with this new man as well!

Aduba attended the award ceremony with a sweet date who was also her high school date, Mark. And when she was asked about the story she answered;

However, it doesn't seem like a romance story. It looks like more of a friendship, which has survived post-high-school!

Not just her date story was cute and inspiring,  Aduba's speech at the SAGs was moving as well. Don't miss the video where;

Even though she had a date and there have been some rumors of this Orange Is The New Black actress dating Leslie Odom, Jr there is still some confusion about her sexuality, as some claim that she is a lesbian.

Orange Is The New Black will return to Netflix on June 9 with its new season. Best wishes to the series and to Uzo Aduba.