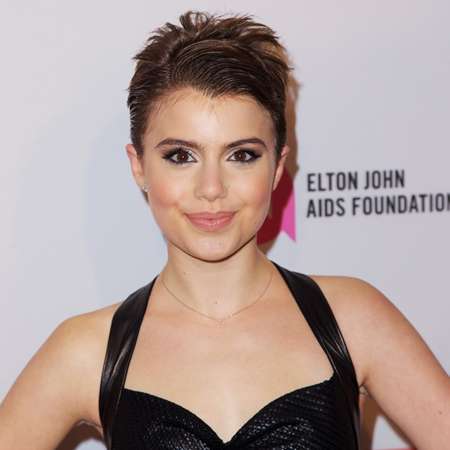 One of the rising Hollywood stars, Sami Gayle, is a former child actress. She began her career as a stage actor in numerous plays and broadways. She later began working in TV series and films. From 2009-10, she appeared in a recurring role in the CBS series As the World Turns.

In 2010, she started a new police drama show Blue Bloods. Since then, she is portraying the Nicole Reagan-Boyle in the series.

In 2011, She made her film debut in a drama film Detachment directed by Tony Kaye. In 2018, she featured in a Netflix film Candy Jar starring opposite Jacob Latimore.

Sami Gayle was previously noted to be a child actress. Her slow growth has led her to be cast in various TV series as various characters. She is of American nationality.

Gayle was born on January 22, 1996, in Florida, the United States of America where she spent most of her childhood days. Her father is an attorney and her mother previously owned her own company but now is a manager.

Gayle was a child star and her parents found it best for her to be home-schooled. Although being taught at home, Gayle follows the Advanced Placement (AP) curriculums in all the subjects. Gayle has a strong academic side to her.

She has been nationally ranked in the Public Forum Debate.  She has also received two bids to compete at the Tournament of Champions which also includes the Top debaters of the nation. The debate championship tournament is held in every April in the University of Kentucky.

Gayle started her acting career as a child star. Before working on TV, she featured in numerous stage shows. She then played in on and off-Broadway production as Baby June in Gypsy and then went on to be seen as the same when the production transferred to Broadway after a few months.

She went on to appear in another off-Broadway play Oohrah! at the Atlantic Theatre Company. After her marvelous performance, Gayle was featured in the 2007 Broadway production of Dr. Seuss' How the Grinch Stole Christmas! The Musical.

In 2009, she started her television career when she signed a role of Nicole Nicky Reagan-Boyle on the CBS police drama series Blue Bloods. It is a crime drama about a family of police who all are working in the NY City Police Department.

In the series, she is the daughter of one of the main characters, Erin Reagan (played by Bridget Moynihan). The series premiered in 2010 and it still airs on CBS TV.

In 2011, she made her film debut in Tony Kaye’s Detachment starring alongside Adrien Brody and Marcia Gay Harden. Following year, she played Alison Montgomery on the action thriller Stolen. She portrayed the kidnapped daughter of the character played by Nicholas Cage.

Gayle also lent her voice in 2013’s French-Israeli animated film The Congress. In 2014, she appeared in two movies, Vampire Academy and Noah. She appeared in a comedy film Candy Jar which released in 2018 April in Netflix.

Sami Gayle's net worth is estimated to be $2 million. She earns a good amount of money from her acting career. According to a source, Blue Bloods star makes $150K per episode of the series. So, she also makes a salary from Blue Bloods. Gayle has also appeared in few hit movies which have earned a significant amount at the Box Office.

She stands at the height of 5 feet 4 inches. She has a perfect body measurement size of 33-23-33. Sami has been nominated for two Young Artist Awards.

She is the inspiration to many youths of today. More information about Gayle can be found on various social media sites such as Wikipedia and IMDB.

Sami Gayle is single. Not much is known about her dating history to the public. She is very focused on her roles in the various series she plays. She is not seen with many men in the public.

She keeps low on her personal affairs and relationship history. She is active on news media site Twitter. She attends several event and functions. She is an animal lover. In June 2018, she went Animal League organization to adopt a dog.

Gayle frequently travels in different parts in her vacation and holidays. She is also close to her family. Her Twitter is filled with her pictures with friends, colleagues, mother, and animal.

Moreover, Sami loves to read books, and her favorite book is “The Awakening”. She posted a photo where she is reading a book on a beautiful day in New York.

She is adored for her innocent looking face. She is not of appropriate age to get married, have affairs or have any kids. By the looks of it, Sami does not have a boyfriend. She is reluctant in speaking about her personal life in front of the media and likes to keep her private details hidden from the reach of the public.