Is Brendan Penny Married?Who is he dating Currently?Know about his Affairs and Relationship 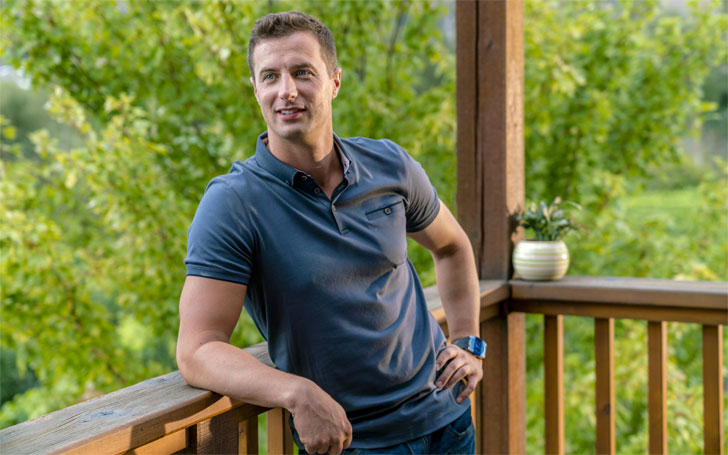 Fan of the Canadian Crime drama Motive? If yes, then you would probably know who Brendan Penny is.

The Canadian actor, Penny has been married several times on screen. But what about his real life? Is he married in real life? Here we have some exclusive details about Penny's personal life.

Is Brendan Penny Married? Or is He still Single?

Brendan Penny is a family man and he is blessed with two kids. He currently resides in Tofino on Vancouver Island with his wife, two kids, along two pets: dog Daphne and cat Pumpkin.

As per some sources, he married his current wife in 2010 in a private ceremony in the presence of their families and friends. Before tiding the knot, the couple dated for months. He has not yet disclosed the information regarding his wife so, it is still a mystery.

Penny is not a celebrity who overshares his personal life on social media however he sometimes shares pictures of his kids, a boy, and a girl.

Well, he looks really cute together with his baby.

Penny seems to be a proud and loving father. He also mentioned his daughter as his favorite person in one of his tweets.

He also prepared an art station for his daughter which he shared on his Twitter post on 23 Sep 2016. Penny is really such a dedicated dad.

New art station I made for my daughter. pic.twitter.com/fUnVMht9QP

Penny feels he is the luckiest dad which he mentioned in his Twitter post on 1 Mar 2013. Blessed with such a happy family why wouldn't he feel lucky?

Everyday with this? Luckiest dad around pic.twitter.com/IHZbJS3cho

Well, Penny is not only a dedicated father but he is also a loving husband too. Whenever he gets free time, he loves to spend his time with his family. He loves to surf, go fishing and hang out with his lovely wife and kids. The family currently resides in Tofino on Vancouver Island.

With such a lovely wife and cute children, we can say Penny is happily married.

What is Brendan Penny Currently Doing?

Brendan Penny recently appeared in the Television Movie A Dash of Logs alongside Jen Lilley, Peri Gilpin, Kandyse McClure which was released on 11 February 2017. In this movie, he portrayed the role of Paul Dellucci.

Penny started his acting career from his debut series Jake 2.0 which was released in 2003. He then appeared in several series and he made his first appearance in film from the movie When Jesse Was Born in 2005.

Penny's career rose to stardom after the success of the series Whistler which was released in 2006. He portrayed the role of A.J. The series starred Amanda Crew, David Peatkau, and Jesse Moss.