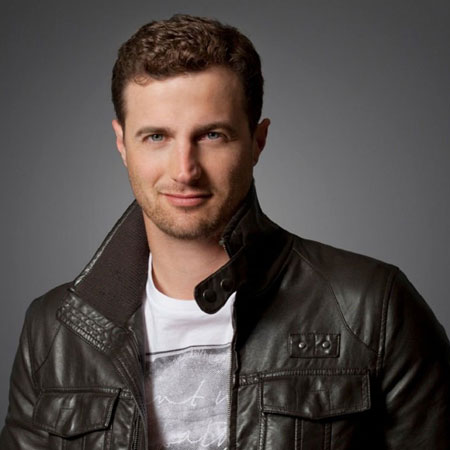 Most popular for his iconic role of A.J. Varland in Canadian TV drama series Whistler, Brendan Penny is a Canadian film and television actor. He played the role of Detective Brian Lucas from 2013-16, in the drama TV series Motive.

Penny is also known for his role in a 2006 comedy film John Tucker Must Die. He is portraying Kevin O’Brien since 2016, in a drama television series Chesapeake Shores. His other notable work includes I Love You, Beth Cooper, Held Hostage, Supernatural, and The Assistants.

Brendan Penny was born Brendan James Penny in Ottawa, Ontario, Canada. He holds Canadian nationality and ethnicity wise, he is White Canadian. Penny spent most of his early childhood days growing in both Ottawa and London.

Penny enrolled at Fanshawe College and earned a Bachelor of Science in Accounting. Following his graduation, he joined the Lyric School of Acting in Vancouver, British Columbia, to pursue a career in acting.

The actor started his television career in 2003 portraying the character of Rollerblader in the science fiction television series Jake 2.0 sharing the screen with Christopher Gorham and Judith Scott.

Penny has been portraying the role of Kevin O’Brien in a drama TV series Chesapeake Shores, for a couple of years now.

Penny landed his first big-screen role in 2005 featuring in When Jesse Was Born. The following year, he went on to play the major role in teen romantic comedy film John Tucker Must Die, alongside Jesse Metcalfe, Brittany Snow, Sophie Bush, and Penn Badgley. His incredible performance in the movie brought him strong reviews.

The former Whistler star Brendan Penny has garnered a good amount of money from his career which as per the estimation by the various online source is around $1 million. He appeared in a 2006 American teen romantic comedy movie John Tucker Must Die which became a huge hit at the box office grossing a total of $68,824,526 worldwide making a profit of $50, 824,526.

The Canadian actor Brendan Penny is a married man but he has not disclosed his wife’s name public. He is also blessed with two kids. He currently resides in Tofino on Vancouver Island with his wife and two kids.

Penny is also active on micro-blogging site Twitter with 5,643 fans following. Besides, he is also an avid animal lover and has two pets; a dog Daphne and cat Pumpkin.