American actress, Ilana Becker is known for her roles in Odd Mom Out (2015), Kevin Can Wait (2017), Crashing (2017), and Gotham (2017). She has also worked in theater includes, FaceSpace, The Kids Are Awake, Henry Kissinger, and many more. Becker was nominated for Midtown International Theater Festival for Best Supporting Actress, and New York International Theater Festival for Outstanding Actress in FaceSpace.

Ilana Becker grew up in a Jewish household in Bucks County, Pennsylvania. Her mother is a nurse, and father Phil Becker, was an ethics teacher and a lawyer; he is now retired. She is an American nationality as per her nationality and belongs to the White ethnicity.

Becker earned a Bachelor of Fine Arts from the Tisch School of the Arts. She also studied at the Lee Strasberg Theatre Institute, Institute of Contemporary Arts, Stonestreet Studios for Film and Television. She also completed level four of Upright Citizens Brigade Theatre Improv program.

Ilana Becker began her acting career appearing in 2005 Drama/Crime, N.Y.-70 as Boots. She then made her appearance in American sitcom series, My Name Is Earl as Montel Show Guest in 2007.

In 2014, Becker starred in three TV series, Alpha House as Candice, Last Week Tonight with John Oliver as Average American (Toe Lady), The Mysteries of Laura as Coach Culp, and lent her voice in All the beautiful Things for the character John’s Stepmother. 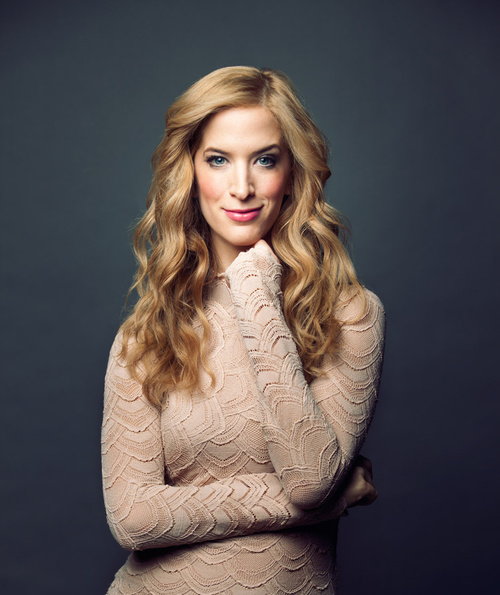 Moreover, Becker has also performed in theatres like Two Whatever You Do… at the FringeNYC, One, Laundry and Bourbon, FaceSpace, The Kids Are Awake, Henry Kissinger, Five Women Wearing the Same, Sam Shepard’s Chicago, and so on.

As of 2019, Ilana Becker's net worth is estimated to be $1.2 million. She has seen in numerous television series from which she has earned a decent amount of money.

Becker is still in the initial phase of her career and considering her hard work, talent, and upcoming projects there is no doubt she will achieve more fame and money in the days to come.

Ilana Becker is engaged to longtime boyfriend, Scott Price who is a film actor as well as a director, known for (Re)Birth (2013), Fishbowl (2015), You Were Never Really Here (2017). The couple began dating in 2009 and became engaged after a long time of dating.

In November 2017, Becker shared a picture with Price, flaunting a beautiful engagement ring.

just the three of us

The couple has been still together and sharing the strong bond of love. After nearly a decade long relationship, the couple finally tied the knot on 1st September 2018, in an intimate ceremony in front of colleagues and family. The two were seen very beautiful with their wedding dress. They also hired a professional photographer Jenna Pace to take breathtaking pictures of the duo.

Becker is a trained dancer. Besides that, Ilana enjoys Aerobics, Yoga, and Cycling.

Below, we present the interview with Ilana Becker.