The World Lost Another Great Talent! Fashion Designer Karl Lagerfeld Dies Due To Pancreatic Cancer At The Age Of 85 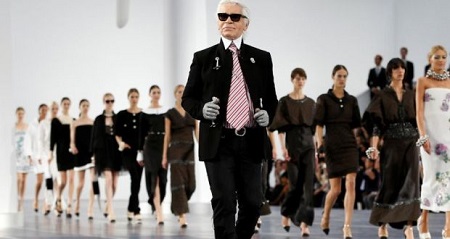 CAPTION: The World Lost Another Great Talent! Fashion Designer Karl Lagerfeld Dies Due To Pancreatic Cancer At The Age Of 85  SOURCE: Irish Times

Karl Lagerfeld, famous for his trademark ponytail, tinted glasses paired with the dark suit and fingerless gloves, downgrading health as out to the public when he did not show up in Chanel's show in Paris to take bow last month. The company said that Karl was feeling too tired to attend but no further details were provided.

Karl Lagerfeld nicknamed "Kaiser Karl" spent over 50 years more than half of his life designing clothes for the popular figures of the industry since 1955 after being hired by Pierre Balmain as the assistant.

After the news of his death spread like haywire, the shocked celebrities, fans, and admirers of the designer took over social media and news media to show their condolence.

In very first singer turned designer Victoria Beckham paid tribute by sharing the photo and wrote: “So incredibly sad to hear this. Karl was a genius and always so kind and generous to me both personally and professionally. RIP.”

The American fashion model Gigi Hadid on Instagram shared a story with the caption: "I’m so heartbroken I almost don’t have words. There will never be a Karl Lagerfeld. Every second with you was an honor, joy, and inspiration. I wish I could give you one last hug. I love you, Karl, thank you for everything. Rest in Peace."

The chairman and the CEO of LVMH and owner of Fendi, Bernard Arnault said: “With the passing of Karl Lagerfeld, we have lost a creative genius who helped to make Paris the fashion capital of the world and Fendi one of the most innovative Italian houses." 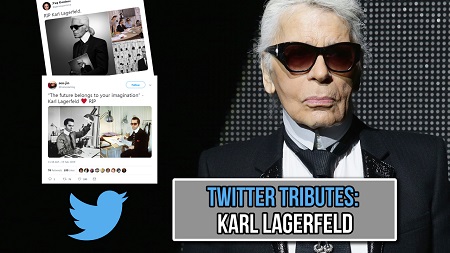 Furthermore, he added: "We owe him a great deal: his taste and talent were the most exceptional I have ever known. I will always remember his immense imagination, his ability to conceive new trends for every season, his inexhaustible energy, the virtuosity of his drawings, his carefully guarded independence, his encyclopedic culture, and his unique wit and eloquence. Fashion and culture has lost a great inspiration.”

Moreover, the President of Fashion at Chanel, Bruno Palovsky told: “Fashion show after fashion show, collection after collection, Karl Lagerfeld left his mark on the legend of Gabrielle Chanel and the history of the House of Chanel."

He Continued: "He steadfastly promoted the talent and expertise of Chanel’s ateliers and Métiers d’Art, allowing this exceptional know-how to shine throughout the world. The greatest tribute we can pay today is to continue to follow the path he traced by – to quote Karl – ‘continuing to embrace the present and invent the future’.”

He became the creative director at Chanel in 1985 and designed dresses and accessories for more than thousands of people including Madonna, Kylie Minogue, Alexa Chung, Princess Diana, Lily Allen, and many others.