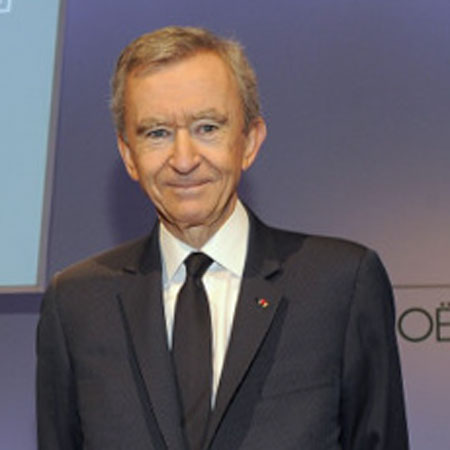 Bernard Arnault was born on 5 march, 1949 in Roubaix, France. His father, Jean Leon Arnault was a businessman and the owner of a civil engineering company. He is the richest person in France and among top 5 richest people in the world. He is the Chairman and Chief Executive Officer of LVMH.

Bernard graduating from the Maxence Van Der Meersch high school in Roubaix. He later joined Ecole Polytechnique and earned a degree in engineering in 1971.

Arnault took control of many Company and sold nearly all the Company assets keeping only the Prestigious Christian Dior Brand, and Le Bon Marche department store.

Arnault provide $1.5 billion to form company that helds 24% LVMHS’S share, and spent $600 million to buy 13.5% more of LVMS, and he spent another $500 million to gain control a total of 43.5% of LVMH, and was unanimously elected chairman of the executive management board on 13 January 1989.

Arnault company Blue Capital, that he owns jointly with the France largest supermarket retailer and world’s largest food distributor, Carrefour in 2007, and entered the Yacht business and bought Princess Yachts for 250 million Euros and took control of Royal van Lent for an almost identical sum.

Arnault has married twice. He married his first wife, Anne Dewavrin in 1973. The couple has a daughter, Delphine and a son, Antoine from. He had a divorce with her in 1990.

Bernard Arnault married his second wife, Helene Mercier, a Canadian pianist from Quebec in 1991. He has three sons, Alexandre, Frederic, and Jean from her.

Bernard Arnault net worth is estimated at $41.6 billion, and among top 5 richest people in the world with a personal wealth that exceeds US $ 30 billion, and earned the monthly salary of about $749,296.