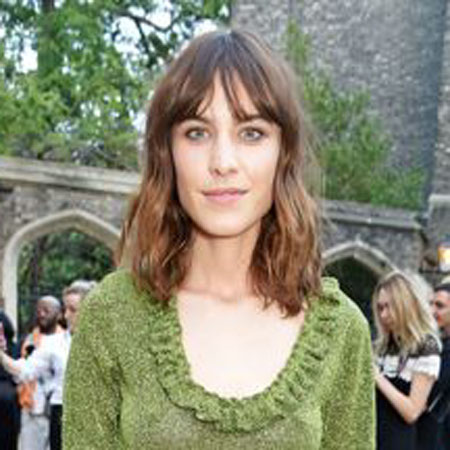 Alexa Chung, 33, is a British host, fashion designer, model, and writer. She became most famous from the newspaper column, Girl About Town for the  Independent in the United Kingdom.Further, she is also known as a regular model for Harper’s Bazaar, Elle, and Vogue.

Alexa Chung was born on 5th  November 1983 in England to Philip Chung and Gillian Chung. She belongs to Caucasian ethnicity and holds the English nationality. She attended the local Perrins school, later on, joined Peter Symonds College.

Chung also attended King’s College London in order to study English but couldn’t study it due to her early modeling career.

The talented model was just sixteen years old when she first began her career as a model at the Reading Festival. She worked as a model for several magazines including Cosmo Girl and Elle Girl. She has worked for the companies of Fanta, Tampax, Sunsilk and Sony Erosion.

Chung started her fashion journalism course and became a television personality. She became the face of the Australian Fashion Label Antipodium’s SS 2008 collection. In June 2010 she appeared in TV and print advertising campaign, French clothing campaign.

The renowned television personality also began her television career as a co-host of the pop world on channel 4 which was based on the musical show. She presented a weekly radio show, Pop World radio along with Alex Zane, a radio and television presenter. She was the four anchor of the T4 presenters and hosted a reality show entitled T4’s vanity Lair, a beauty show.

Moreover, she worked as a reporter on the channel 4’s Gok's Fashion Fix and got an opportunity to take an interview of popular stars including Jean Paul Gaultier, Roberto Cavalli, and Christain Lacroix. In addition, she hosted a T4 Fashion and music show named Frock Me along with Henry Holland, a fashion designer.

Apart from acting and modeling she also wrote a monthly column British Women’s Magazine company and served as a contributing editor for the British Vogue.

Chung, age 33 is not married yet. She currently resides in Privett, England. Later, she lived with fashion photographer, David Titlow for three and half years.

In July 2007, the proficient host started a relationship with Alex Turner, an English songwriter, and musician. They settled in New York together for about four years and the relationship ended. Later on, Alexa was seen together with Alexander Skarsgard from 2015.

The couple was spotted in dinner and coffee date several times. Alexander 40 and Alexa 33, are now rarely seen together as the couple was separated after two years of togetherness. Alexander, Alexa’s ex-boyfriend moved on by meeting Toni Garrn, ex-girlfriend of Leonardo DiCaprio’s model.

British Style award winner, Alexa is living a luxurious life. She has earned a huge amount of salary from her work. Her net worth is $8 million.