How Much is Liam Payne's Net worth? Former One Direction Member Liam Payne's Car, House and Other Properties! 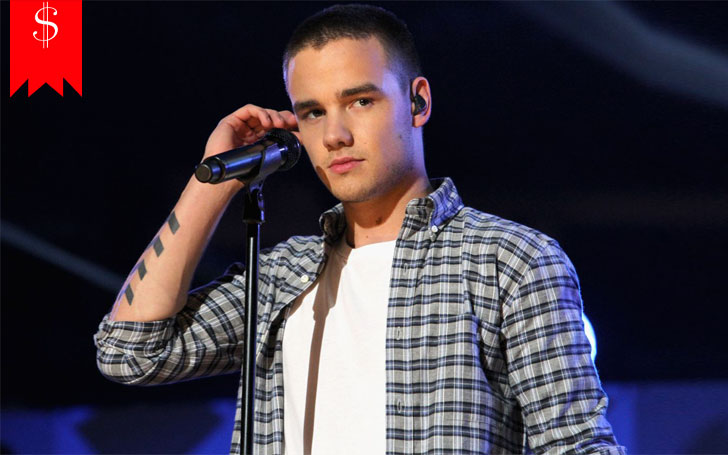 Liam Payne is celebrating his freedom from 1D-must have heard his new song ‘Strip That Down’ where he says ‘’You know, I used to be in 1D-Now I am out free’’. But, will Liam’s solo career earn him as much as his career with 1D did? Quite unlikely.

Thanks to One Direction, Liam Payne is now a rich man like his other band mates. Curious to know about his net worth and his income sources? We've got a full report here!

How Much Is Liam Payne's Net Worth, His Income Sources

Liam Payne, the singer/songwriter of the popular English band One Direction earned a ridiculous amount of money when the band was still together. We are sure he still gets royalty though. We all know how after Zayn went solo, the band fell apart after 2 albums; Four and Made in The A.M. And now, like all other members, Liam Payne has gone solo as well.

Liam Payne who's signed with Capitol Records recently released his new single 'Strip That Down',  few weeks after becoming a new Daddy to son 'Bear' with girlfriend Cher. So much going on in his life eh?

Liam is one of the richest pop stars whose net worth has skyrocketed these days. According to a source, his net worth turned £54 million which is £2 million lesser than his fellow singer Harry Styles. Other members; Niall Horan and Zayn Malik (former member) have £51 million and Louis Tomlinson has £50 million.

One direction is one of the highest earning bands, it earns over $100 million annually. In 2015, it earned $125 million and became second highest musician behind Katy Perry. However, the band's future looks bleak now as all the members have gone solo.

Liam and his band members from 1D, Source: YouTube

Liam has been dating singer Cheryl since 2016, who has a net worth of £20 million. While he signed with Republic Record, many of his fans asked him is he leaving the band as Zayn, but he said he would never leave 1D.

Must Read: One Direction’s Liam And Partner Cheryl Named Their First Baby That Sounds Really Unusual

Reportedly, 1D has made around $1.5 million per concert on average. Depending upon how these earnings are actually split up, one can infer that Liam receives approximately $150K to $300K per concert.

Liam owns multiple properties, but his primary place of residence at the moment is located in Surrey, England. He bought this mansion in early 2015 paying £5 million. It’s a quite extravagant place.

The mansion features three stories building, one tennis court, ballet studio, wine store, swimming pool and a cinema theater. Payne dropped a pretty penny on his house and is no different with his choice of wheels.

The pop star owns a luxurious car of Lamborghini Aventador brand. It costs around $400K. Lamborghinis is a stylish car and it seems Payne loves stylish driving.

Liam Payne Luxurious Life Style, How He Spends His Millions

The boy band sensation Liam has a lavish life. He spends his millions in traveling, wardrobes and funny activities. He recently welcomed a son with his girlfriend Cheryl and obviously his saving will utilize for raising him.

Liam struggled a lot with bullying and sickness during his school days. Because of this, he has taken it upon himself to be involved with several charitable organizations. He currently serves as an avid supporter of Unicef, CLIC Sargent, SDGs and Comic Relief.