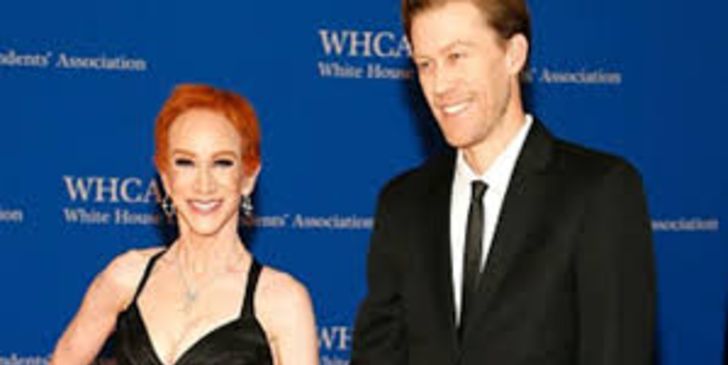 Kathy Griffin and her boyfriend Randy Bick back together after few months of split.

The 58 years old,  Kathy Griffin and her longtime boyfriend, Randy Bick has reunited after four months of separation. The couple has again decided to give a chance to their relationship.

Back in November 2018, they announced their separation after seven years of togetherness. It seems the duo couldn't stay apart for much longer as they have again patched up their relationship.

Griffin has taken her Instagram profile to share the news of her reunion with her partner, Randy. 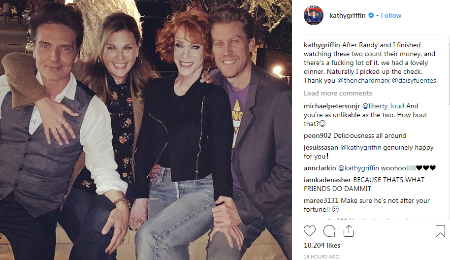 In the post, she has shared the picture of her, Bick, Daisy Fuentes, and Richard Marx following a double dinner date. It was captioned as,

After Randy and I finished watching these two count their money, and there’s a fucking lot of it, we had a lovely dinner. Naturally I picked up the check. Thank you @therichardmarx @daisyfuentes.

Well after seeing this post one of the fans got confused and commented,

Thought you posted that you and randy broke up? Back together? I hope so! Be happy Kathy!!

The comedian has not given the detailed information when and how they got back together but while sharing the breakup news last November, she disclosed that it was not acrimonious, and she will always adore Bick.

Well, this is not the first time the pair have made the headlines. When they started dating seven years ago, their huge age gap became shocking to all of their fans and followers.

The pair are back together and that is all that matters!